By the healthiergang writer , personal trainer with a degree in Exercise and Sports Sciences.

Breathing is one of the most important and at the same time most neglected actions we perform every day. Statistically we breathe about 15 times per minute in a normal regime. This number almost doubles during physical activity or when we are under stress.

Furthermore, breathing becomes fundamental during physical activity, be it endurance or power, as it is the main actor in the transport of oxygen to the muscles. Without which any movement would be precluded in a few seconds.

Having said that, however, it must be pointed out that almost no sportsman (obviously we are talking about amateurs) has the control and awareness of all the gestures that make up the respiratory act. Thus (unknowingly) invalidating the effectiveness of their workouts. 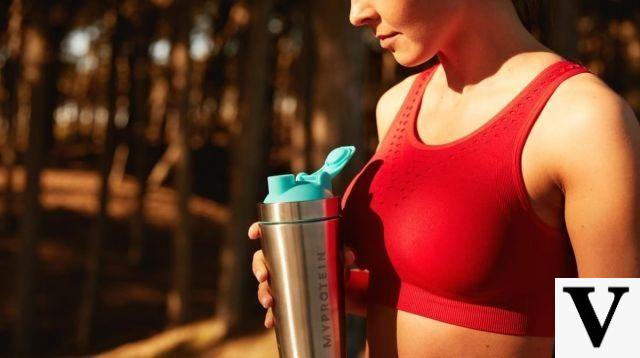 Before talking about how to train breathing, however, it is necessary to clarify its functioning, specifying first of all that a complete respiratory act is composed of four distinct moments (and not two, as a superficial analysis could lead us to think ) which are:

Even if we strive to breathe as fast as possible, we would still have pauses in the middle and at the bottom of each phase, albeit very short.

But what are the breaks for?

Simple, to stabilize and make the gas exchange more effective, as well as to create a moment of maximum pressure and one of maximum intrathoracic and intra-abdominal depression, already from here we can understand how important it should be to take care of all the phases, without neglecting even one ( at least when training).

Another factor to be taken into strong consideration is the muscle recruitment that the breath performs thousands of times a day twenty-four hours a day; in fact, the diaphragm, intercostals, abdominals, large dentate and paravertebral muscles are all muscles which, for various reasons, are included in the completion of a respiratory act performed correctly. So, if you think about it, it's like working out all those muscles all day every day, doing something that also improves the performance of all the other activities we do.

But how can we do to improve and make breathing more effective?

First we must identify two types of breathing:

The first is the most used by practically anyone, and in fact it is the wrong one!

In fact, in chest breathing, when we inhale air into the lungs we tend to inflate the chest and draw the diaphragm upwards, obtaining two very bad results. The first is to limit the capacity of the lungs which, looking for space downwards, find themselves bumping into the diaphragm, which in the meantime has been drawn upwards without any logical reason.

While the second is to create a depression in the abdominal area which in turn makes the spine less stable and more prone to injuries.

Diaphragmatic breathing, on the other hand, requires that, during inspiration, the diaphragm pushes downwards, freeing up space for the lungs and creating intra-abdominal pressure that stabilizes the entire central part of the body.


During exhalation, on the other hand, the diaphragm is drawn upwards helping the expulsion of air and creating an intra abdominal depression capable of activating the transverse and rectus abdominal muscles.

It goes without saying that learning to manage diaphragmatic breathing will lead to immediate and substantial improvements in any sport, from endurance to power, through coordination and dexterity.

Here are some simple breathing exercises:

From the supine position, hands on the belly with the middle fingers in contact at the navel level. Inhale deeply trying to inflate the belly and separate the fingers, exhaling expel all the air possible making sure that the middle fingers touch again. Regardless of the breaks.


From the supine position, perform the same exercise as before, but at the top of each phase hold your breath for a count of five.

Perform the second exercise with the legs raised to ninety degrees.

These four simple exercises are just the basis of breathing techniques. You will find that the first few times it will already be very complicated just to check the diaphragm, as you go forward you will insert the pauses, then you will have to try to link the breath to the movements you make during the workouts.

Even if at first it will seem like a useless complication, try to resist the temptation to give up, and you will see that your workouts will make a considerable leap forward.

After all we are obliged to breathe to live, we might as well do it right!

add a comment of Breathing Exercises | The Basic Techniques