Bread in the world 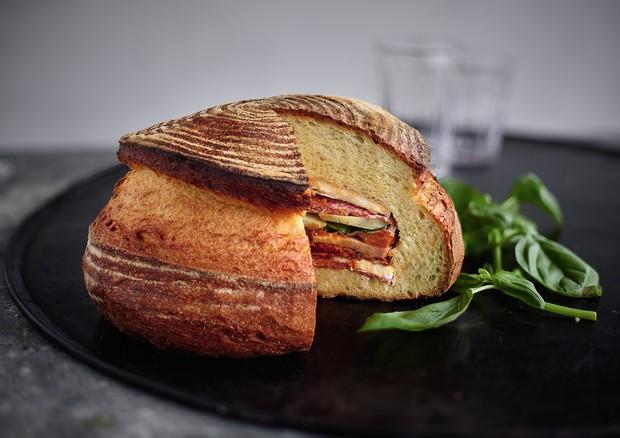 Il bread is one of the staple foods and one of the most popular carbohydrate sources in the world, in its various versions.

In fact there are an infinity of them, which differ from each other in terms of quality, ingredients and preparation. Generally bread is made with wheat, although as mentioned there are different versions, and wheat is, together with corn, rice and potatoes, the most consumed staple food in the world, usually in the form of bread and pasta.

Even before pasta, bread it is one of the oldest foods among those produced by man, based on fermentation and leavening of the forms made of a mixture of cereal flour and water, which are then baked in the oven.

The origin of bread

The origin of bread is lost in the mists of time and it begins together with the development of the use of tools. As soon as the men of antiquity began to use stones knowingly, they realized that the seeds could be reduced to flour, to which water was then added, before putting the result of that mixture on the fire.

The first loaves were unleavened, that is unleavened, a practice that has remained up to the present day to allow a long conservation of the product. The consumption of this product developed further in Central Asia and Asia Minor, becoming part of the cuisine of the Semitic culture, until it crossed with the Egyptian one, which provided the concept of fermentation, and the Hellenistic one, which developed and propagated it in the Roman world, where until then, mainly legume and chestnut biscuits were consumed.


The art of baking was later adapted to all regions of the world, based on different cereals based on the climatic conditions of the place.

While in fact in the Mediterranean basin wheat bread is the most used, going up towards northern Europe we find loaves made of rye, millet ed oats, while in the new world the but is popular.

On the other hand, through the Arab culture, bread has also spread to Africa without having developed the technique of fermentation and leavening: we find here in fact many forms of unleavened bread based on the mile, on the kamut, on sesame and other forgotten minor cereals, such as the tef (Eragrostis tef).

A completely different story instead in Asia, where between India, China e Japan the most consumed staple food based on cereals is rice and not bread. However, we can find here some local forms of unleavened bread, such as Arabic bread, chapati, naan, Tibetan bread; or fermented products such as parotta, idli and dosa, more like a crepe than real bread.

In the modern world, however, bread-based products spread regardless of ancient traditions: we see everywhere different types of bread, in different shapes and with different ingredients, from baguette to black bread with bran, from bread with fennel seeds to bread with olives.


Our Customers classic baked breads but there are also steamed breadsand, fried (like Indian puri or pappadam), grilled like parotta or la tortillas. We can find pani salati, breads without salt, like the Tuscan white one, or sweet breads, as in northern Europe, where we also find raisins and butter. Let's try to give an idea of ​​the various breads in the world.

The breads in this area are unleavened, baked in the oven, often with ancient flours, fenugreek, sesame, poppy.

Potato starch is often added together with the wheat flour.

Adding sugars to the dough.

There are various types, of Mediterranean and Northern European origin but adapted with the addition of corn.

Bread in China and Japan

Bread in the Jewish tradition

The breads are tall, with soft crumb, often with various spices and seeds.

Bread in the Antilles area

The bread is made with cassava flour and coconut oil, often lightly fried.

The flat breads, similar to our focaccia and flatbreads, are easy to transport.

The breads are flat, white, soft and rounded.

The loaves of bread are large, firm, dark due to the bran.

Bread in the UK

The bread is flat, dry, crunchy.

Bread in the Horn of Africa

The breads are sweetish, low but spongy.