The bran has been considered a waste product for years. There are several types, today appreciated for the beneficial properties of the colon and intestine. Let's find out better.

> 1. Description of the bran

> 3. Calories and nutritional values ​​of bran 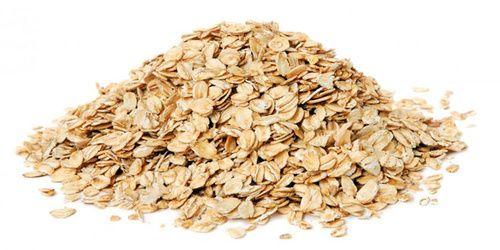 The bran it is a fibrous shell that covers the seeds of cereals. It is separated from the flour through the refining process and has for years been considered a waste product, mainly intended for feeding livestock.

Since the Seventies, however, the bran has been rvalued for its richness in dietary fiber and for the latter's ability to prevent some of the most common ailments in contemporary Western society, for example constipation, irritable colon and other pathologies of the gastrointestinal system.

Properties and benefits of bran

La bran has several properties, which often differ according to the type of bran. The bran of wheat, for example, which is the richest in insoluble fiber, is the one most indicated in case of constipation.

In general, however, the bran facilitates intestinal transit and stimulates the motility of the colon; it increases the volume and softness of the stool, favoring the evacuation.

It is useful for fighting overweight as well obesity, and in all those cases in which you want to combat overeating. Swelling in the stomach, it has a very high satiety index; it is also quite low in calories. It helps to reduce the absorption of fats and sugars and is therefore a valid ally even in the case of triglycerides or high cholesterol, as in subjects with glucose intolerance or diabetes.
Bran must always be taken at the same time as liquids.

It is preferable to choose bran from organic farming, to avoid ingesting the synthetic chemical agents present on cereals and which are generally removed with the refining process.

The amount of bran to take depends on the person; prolonged and indiscriminate use is not recommended, as, if you overdo it, the bran can be at the origin of disorders such as meteorism and flatulence.

Furthermore, for every 100 g of this product we have:

About bran there are several proverbs related to the use that was made of it up to the seventies, when it was considered a poor food and therefore indicated mainly for feeding livestock.


A recipe with bran

With the bran you can prepare biscuits and desserts to be consumed for breakfast. Have you ever tried to accomplish bran muffins?
Ingredients:

Method: soak the bran and raisins in milk. After about half an hour, work the mixture with a fork and then add the egg, sugar, frumina, apple cut into cubes, cream of tartar and baking soda. After having worked the mixture well, pour it into the molds and bake in the oven at 180 degrees for 25/30 minutes.

READ MORE
Bran is one of the natural fiber food supplements