Boom of vegans and vegetarians in China, to fight pollution 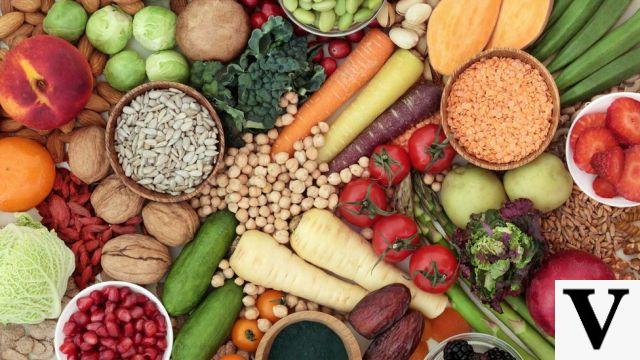 Vegans and vegetarians. In your country they represent 6% of the population. In UK could become over 50% of the population in 2020. And in China? Although the population here traditionally has a diet rich in rice dishes, in reality, here more and more meat is eaten, which is now regarded as a sign of wealth.

Its consumption rates rise to double, also reflecting an increase in prosperity for most Chinese. Suffice it to say that you can eat well within the borders of the Asian country half of the pork produced in the world. Still, there are good and high hopes for the environment, health and animals.

Parallel to this completely unsustainable trend, there is another one that is becoming more and more established, precisely because of ethical, health and, above all, environmental reasons. It is the boom of a new veg people, that begins to make its way up to influence the market as well.

Here, then, that specific veg products become increasingly present in supermarkets. Or that more vegetarian and vegan restaurants, such as the Gingko Tree Café in Beijing, where you can even enjoy cookies and tiramisu prepared without eggs and milk. And like the Pure Lotus, which also in Beijing serves dishes based on tofu, soy and local vegetables.


It is, therefore, a tangible countertrend, which is growing especially in the large cities of the country. The credit goes to a new wave of conscious consumers. They are mainly young, tired of living suffocated by pollution.

Second Long Kuan, veg activist, “times have really changed. Maybe 10 years ago they asked me if I was a Buddhist or something, but now it's completely different. Chinese youth want to be eco-friendly and compassionate. They really care about the environment and the quality of life, because of pollution. And they love the creatures of this planet, from animals to trees ”.

In short, in the midst of the race to become the most powerful world force, citizens in China are beginning to reflect on the consequences that massive and unregulated industrialization is causing. For now, only 4 or 5 percent of Chinese have chosen a veg lifestyle. If it seems little to you, however, know that we are talking about about 50 million people. And it is a number that seems destined to grow, under the motto “Wo bu chi rou”, “I don't eat meat”.

Vegans: in the UK they will be 55% of the population in 2020
Eurispes 2013: your country hate hunting and vivisection. Vegetarians and vegans are increasing
Humans are eating more and more meat

Audio Video Boom of vegans and vegetarians in China, to fight pollution
Brioche: the original recipe and 10 variations ❯

add a comment of Boom of vegans and vegetarians in China, to fight pollution