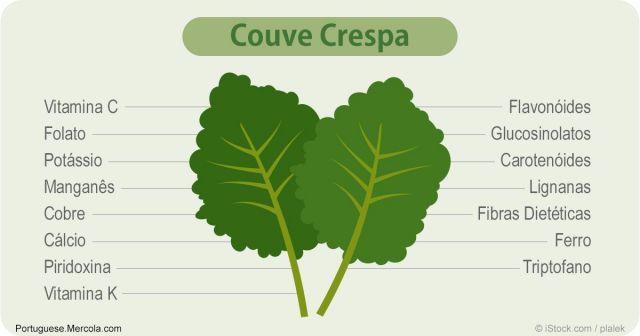 Considered a real superfoods of the coldest months of the year, black cabbage (or kale if you prefer) is a vegetable rich in minerals and vitamins, many of which have antioxidant properties.

Furthermore, significant doses of flavonoids and other plant molecules allied to health. Let's find out what its characteristics are.

Description of the black cabbage plant

Like all cultivated varieties of Brassica oleracea it derives from a wild ancestor, B. oleracea var. oleracea, native to several coastal areas overlooking the Mediterranean Sea and the Atlantic Ocean.

To characterize the black cabbage are his dark green leaves and with a curled look.

It is no coincidence that it is also called "black kale". The plant, with an erect stem, it can grow up to 1 meter in height; the leaves used are the upper ones, together with the young shoots.

Properties and benefits of black cabbage

The black cabbage is a 'excellent source of molecules with antioxidant activity; in fact, it contains vitamin A, vitamin C and vitamin E.

But not only that: kale is also a source of B vitamins and folic acid. The latter, important for the synthesis of DNA and for the production of red blood cells, it is essential during pregnancy for the proper development of the baby's nervous system.

Its content in minerals it's interesting. In particular, black cabbage is a source of football (which together with the vitamin K present in kale - already precious for blood clotting - helps protect bones), zinc (useful for the proper functioning of the immune defenses) and iron (essential for carrying oxygen in the blood).

The good reasons for bringing black cabbage to the table go beyond its micronutrients. Indeed; kale is also a source of kaempferol, quercetin and isoramnetina, molecules belonging to the class of flavonoids.

The first two are known as powerful antioxidants; both are considered allies against cardiovascular problems and cancers.

Isoramnetina, on the other hand, is a vasodilator; for this reason it is thought that it can in turn contribute to protect the cardiovascular system. Finally, all three of these flavonoids have been associated anti-inflammatory properties.

Other noteworthy compounds that can be obtained by eating black cabbage are i glucosinolates, molecules which have been associated with anticancer properties. However, not all varieties are equally rich in it.

Finally, we must not forget that black cabbage is also a source of significant amounts of fiber, known allies of health.

For all these reasons include kale in your diet it helps to improve its quality from a nutritional point of view.

Black cabbage is a food dense in micronutrients; compared to a caloric intake of only 35 Kcal, 100 grams of this vegetable bring in fact:

Use of black cabbage in the kitchen

Black cabbage is the main ingredient of the most classic of the Tuscan soups, the ribollita, in which it can be enjoyed together with chard, cabbage, beans and homemade bread.

However, there are other ways to bring it to the table; the important thing is to prepare it properly for cooking: the central coast must be eliminated (sometimes you need to use a knife to do this).

Once peeled, the black cabbage can be boiled in boiling water; to keep the green color of its leaves alive and not lose the vitamin C present inside you don't have to cook it for a long time: 3 minutes are enough, after which it must be quickly transferred to water and ice.

Alternatively you can opt for the brazing, cooking the black cabbage in a pan with a drizzle of oil and a little shallot or onion; once ready it can be eaten as such or used as an ingredient for other recipes, for example to prepare black cabbage croutons.


For those who want to take advantage of black cabbage as a source of iron, it is useful to remember that since it is a food of plant origin, the bioavailability of the latter is limited, but that a little trick in the kitchen can help increase it: add a source of vitamin C, like lemon juice. It will help to absorb it better.

Black cabbage belongs to one of the Brassicaceae species most relevant in the world economy: among broccoli, cauliflower, Brussels sprouts, kale and so on and so forth, in 2016 the production of B. oleracea exceeded 70 million tons.

The benefits of black cabbage are so celebrated that some have even invented one National Kale Day, that is to say a day entirely dedicated to black cabbage, to be celebrated in October united by the motto “kale is not just a superfood, when it comes to health it is a superhero”.

add a comment of Black cabbage: properties and benefits