Biodynamic Agriculture: the foundations and the astronomical calendar

L'biodynamic agriculture is based on respect for the terrestrial ecosystem, uses the natural compost as the only fertilizer and takes into account the phases of the moon for sowing and harvesting. Let's find out better.

> Biodynamic agriculture between science and philosophy

> The Demeter brand for biodynamic products 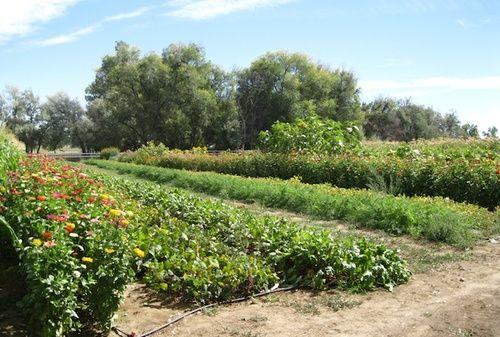 Biodynamic agriculture between science and philosophy

Biodynamic agriculture is a method of culture based on the anthroposophical vision of the world, developed in the early twenties by the Austrian philosopher Rudolf Steiner, pedagogue and founder of anthroposophical medicine.

Biodynamics has as its fundamental principle the respect for the terrestrial ecosystem and takes into account cosmic laws and the activation of life in the soil, so that plants can self-regulate and adapt to external conditions.

The fundamentals of biodynamic agriculture

The foundations of Stainer's biodynamic theory are the composting and phases of the Moon.
Compost is a mixture of earth, plant remains, water, calcium, etc. and from the dynamic point of view it is a concentrate of energy and vital impulses that serves to keep the soil fertile; preparations for composting, which are used very diluted, (the principle is similar to the one underlying thehomeopathy), are of two types: i accumulation preparations and spray preparations.

The accumulation preparations are added to the material to be composted, in order to facilitate its decomposition into humus and soil. There are six in all and they are obtained from different medicinal herbs:

Each plant is macerated in particular environmental conditions and parts of the bodies of animals are used as containers; this is because, according to the theory of vital forces, environment and container influence the characteristics of the final material.

There are three spray preparations: cornice (based on ground quartz), cornoletame (based on bovine manure) and the Fladen. In the first two cases, the container used for their preparation is bovine horn; the horns are emptied and filled with quartz or manure and buried for six months.

The cornosilica is sprayed on the plants and would stimulate their fruiting and the processes related to photosynthesis, the cornoletame is instead sprayed on the soil and would increase the humus content favoring the root development of the plant. Fladen is obtained by dynamizing fresh manure for an hour with rock flour and egg shells, and left to mature underground for a certain period, then sprinkled into the soil to improve its structure and fertility.

The eubiotic diet uses only organic and biodynamic products: find out more

The astronomical calendar in biodynamic agriculture

Biodynamic agriculture gives a lot of importance to the position of the stars, in particular of the Moon, and for all the working of the land (sowing, transplanting, pruning) follows a astronomical calendar specially made.

Discover also the sowing calendar for the garden 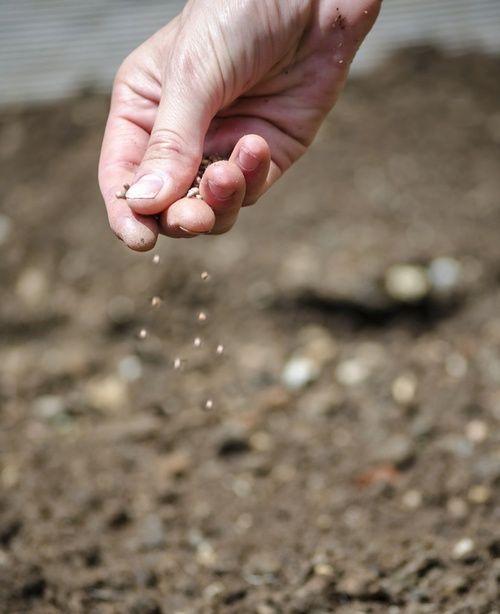 Steiner, in his theory, speaks of the influences of the various planets on earth, but in practice the sowing calendar is more simply used. It is the result of 20 years of research and studies on the lunar influence in agricultural practices, conducted by a German scholar, Maria Thun.
It discovered that the plant develops almost all of its parts (root - leaf - flower - fruit) according to the position of the moon at the time of sowing.


Following the passage of the moon through the zodiac that surrounds the celestial sphere, Maria Thun observed that the plant develops the root part if sowing occurs when the moon passes through certain signs, it develops flowers if it passes through others and so on.

Double control of the Demeter brand

The Demeter brand was born in 1927 to make the products of biodynamic agriculture are recognizable which represents a new way of perceiving, thinking and collaborating with the forces of Nature.

All European biodynamic farms are also subject to the control for compliance with EC Reg. 834/2007 for organic farming. All Biodynamic companies are in fact also organic, and having more restrictive and specific standards than the EC Regulation for organic, each company has a double control and a double certification: that for organic and Demeter.

Biodynamic products therefore have an extra safety for the consumer: controlled by the Organic Control Bodies and by Demeter el Paese.

Audio Video Biodynamic Agriculture: the foundations and the astronomical calendar
Gomasio, which one to choose ❯

add a comment of Biodynamic Agriculture: the foundations and the astronomical calendar