Believe: A trap that we tend to ourselves 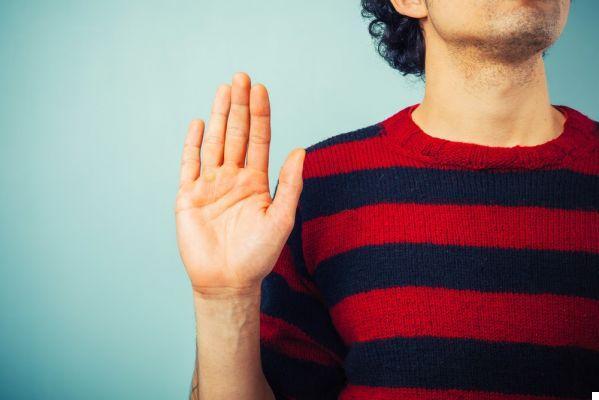 The word "believe" is deeply linked to religion. However, it is a much broader concept that affects all of us, religious and atheists, agnostics and scientists. Because we all blindly believe in a system of beliefs and values ​​that determines our behavior and decisions and, therefore, our life. We believe that some things should be done a certain way and that some ideas are true while others are false. . Anyway, filling our life with beliefs means limiting our potential. And the more we cling to them the more our vision will be limited, and not only our image of the world, but also our conception of ourselves. When we begin to have faith we set ourselves a death trap, and the fact is that we are not even aware of it.

The path marked by the Gnostics

Gnosticism was a set of philosophical-religious currents. It arose well before Christianity and in the first years it also drew on some precepts of the same. However, the Gnostic teachings were soon classified as heresies, which is not surprising, since the core of their philosophy was based on knowledge. actively. They did not promulgate an irrational faith, but incited people to seek gnosis, knowledge. They did not refer to divine knowledge, much less to earthly laws, but they encouraged the autonomy of human beings and believed in the capacity that each of us has to save himself, they believed in the ability of each individual to find his own truth. , this prospect was not only dangerous for budding Christianity and any other religion that promulgated a blind faith, but it is dangerous even today, as it can be too cumbersome for many governments and power lobbies. However, it is the only way to find inner freedom.

What does it really mean to believe or have faith?

Believing can be very dangerous, especially for ourselves. In fact, one of the main risks of faith is that the person wants to be right. It's not about being stubborn, but the point is, our brains hate inconsistencies. So, once we develop certain beliefs, we tend to look for any data that confirms them. In this way we avoid cognitive dissonance. Of course, focusing only on the information that confirms what we believe while ignoring conflicting data, is the same as using blinders, it means closing our minds. In order not to be mistaken, we close ourselves to evidence, which means that instead of following the path of development, we refuse to change.In fact, it is curious to note that when we believe in something, we always find the same answers, answers that we apply later to all questions, even if they are not relevant. Thus, we end up having too narrow a view of things, and we enter a vicious circle. A short story illustrates how certain beliefs not only limit our view of the world, but can also cause us to act completely inappropriately. "An elderly lady. he bought a packet of cookies, went to sit on a bench in the station, put the cookies next to him, next to his bag, and waited for the train. Soon after, a young boy sat down next to her, looked at her, and without saying anything put his hand into the bag of cookies and began to eat them. Then the young man smiled at him, and even had the courage to offer him one of the cookies! The lady was visibly uncomfortable and was about to scold the boy for his impudence, when he got up and went away, still smiling. When the train arrived and the lady got up to collect her things, she saw that next to the bag was her packet of biscuits, intact. Probably, the boy had a packet of identical cookies with him. ”Obviously, this woman believed that the new generations were disrespectful. She hadn't bothered to check whether the boy was actually eating his cookies or not. However, instead of realizing the reality, he let himself be influenced by his beliefs. As with the lady in this story, our beliefs often block us, prevent us from growing, lead us to give the wrong meaning to the facts. Because when we believe in something, we always remain the same person, we don't change, we don't open the doors to the new.

Why do we believe?

1. Beliefs generate a sense of security. Most beliefs come from previous concepts, other people's experiences, other people's ideas or hypotheses. In fact, in everyday life it happens to us all the time. A trivial example is when someone points to the profile of an animal in a silhouette on the wall or in the shape of a cloud (pareidolia). From that moment on, we can only see the figure of this animal. The other person's belief has become ours and transforms into our truth.The transmission of beliefs occurs on a much deeper level. And since we've grown up with them, they give us a feeling of security. Beliefs are something stable, rigid and almost immobile, in this way they guarantee security, or at least a sense of false security, to which we cling to like a lifesaver.
2. We need to confirm our understanding of ourselves. Other times, beliefs do not come from habit, but from the need to confirm our image. For example, if we believe that others are lazy, untrustworthy or arrogant, it is because we need to believe that we are the opposite, we need to reaffirm our concept of ourselves. So often, most of our strongest beliefs hide only a deep fear, or they may even be the projection of some of our characteristics that we do not want to accept, because they would conflict with the idealized image we have of our "I".
3. We are in a comfortable position and do not want to change. When we believe in something, we take a very comfortable position because we are not forced to change or keep looking. It doesn't matter if you believe in the existence of a universal creator or in the Big Bang theory, once your belief is certain, your search is over. When a cupboard is taken on, the road ends abruptly and there is no need to keep looking, but we can sit quietly in our comfort zone. Therefore, believing and having faith is much easier than seeking. But that doesn't mean it's better.

The path: Seeking without clinging to truths

When we are willing to seek, a world of possibilities opens up before us. In fact, searching is not simply an intellectual exercise, replacing the certainty that beliefs offer with the uncertainty of research also guarantees us an enormous benefit on an emotional level. Why? When we are willing to research, we free ourselves from the fear of making mistakes, which is one of the main obstacles to our development. Fear of failure appears only when we have very strong beliefs, when we believe that some things are right and others are wrong. When we are convinced that we are right, we move within a very narrow circle from which we are afraid to get out.However, when we are willing to try, the fear of making mistakes has no reason to exist, because each new discovery surpasses the previous one. . And if any of these findings were wrong, even better! Because it means that we have learned something and have grown up, and perhaps the most interesting thing is that we will never reach an absolute, immovable truth, which means that our whole life will be an exciting journey, a search that will keep us alive, curious. and active. Continuous research is always worthwhile.
Personal growth: some rules we shouldn't forget ❯

add a comment of Believe: A trap that we tend to ourselves