Neither marriage is a panacea, nor is being single a sentence. Although many clichés still persist about single people, the truth is that nowadays the number of people who opt for this last choice in total freedom and awareness has grown significantly. 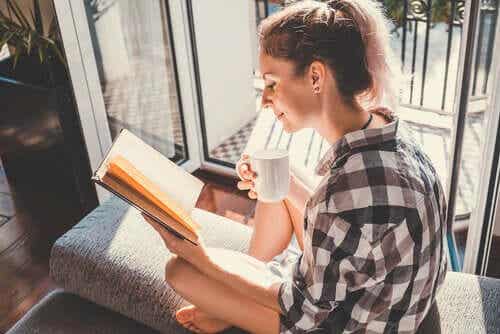 Although we live in an age where many taboos about family and couples have been dispelled, curiously, many clichés about single people still persist. The truth is that until recently, being single was seen as something of a failure. It was believed desirable and "normal" to find a partner, start a family and live happily ever after.

The point is that it has become increasingly evident that married life and family life are not synonymous with success. It can also fail within a family or in a couple and, in fact, the effects of disillusionment in these cases have a greater impact. This has started to dispel the myths about being single.

Obviously a partner has a lot to offer us; however, this is not necessarily the case. This is why many people around the world have opted not to make these commitments. However, common myths about single people still persist, such as the ones we present below.

The most reasonable thing that has been said about marriage and celibacy is this: whatever you choose, you will regret it.

Being single is commonplace

This is one of the most common myths about single people. Not sharing life with a partner is thought to generate a certain degree of bitterness. It is well known, in fact, that love - especially in the first phase of falling in love - is essentially a state of euphoria and enthusiasm.


However, couples do not spend their entire lives in a state of eternal love. You have to take on many commitments, as well as having to resolve countless moments of bitterness. But the same goes for a single person, who can be as happy or unhappy as a married person. It all depends on how you manage the resources at your disposal and the circumstances.

Living alone is not the same as being alone. Just as living as a couple does not necessarily mean being in company. All of us, to some extent, are alone and the bonds we establish with others give other shades to that loneliness, but do not completely cancel it.

A single person may feel less alone than a person with a partner. Sometimes marriage limits social relationships. Attention is often paid to the spouse and children, subtracting importance from friendships and family in the broad sense. Singles, on the other hand, have ample room to build relationships of a different nature and meaningful.

He is not married, but he would like to be

This is one of those myths about single people that continues to persist because it starts from the belief that not having a partner is a failure. There are those who do not consider that many men and women in the world have freely decided, in full conscience, not to have a couple relationship.

This is because lifestyles today are very diverse. There are those who want to spend their lives traveling, those who are more focused on their professional life; there are also those who simply have not found a person who motivates them to radically change their lifestyle. Singles don't necessarily feel the need to find a partner.

A single person is self-centered

Bella DePaulo, PhD in Psychology at Harvard University, has written a book dal titolo Singled Out: How singles are stereotyped, stigmatized and ignored, and still live happily ever after.


This text contains several interesting facts about commonplaces around singles. For example, it is estimated that 30% of married people are available to help their friends and other family members, or to contribute to humanitarian causes. Among singles the percentage rises to 70%.

The word "spinster" (rarer, spinster) has a derogatory tone and usually labels those women who reach a certain age without getting married. However, this label is certainly part of an anachronistic mentality. On the other hand, it is also quite widespread the idea that those who remain single are because they probably "did not come out of the nest / shell".

In both cases, prejudice prevails. What used to be strange today is an increasing trend. DePaulo's work indicates that today, for the first time in history, there are more singles than married people in Great Britain: we are talking about 51% of singles. In the United States they account for 41%.

And in countries like Chile, the percentage is around 30%. However, it is not good to stay single if what we aspire to is a life as a couple. It is also not okay to marry simply because of the prejudice "that it is right to do it". We live in very flexible times, in which mental patterns matter less and less.