Before criticizing, think about what this criticism says about you 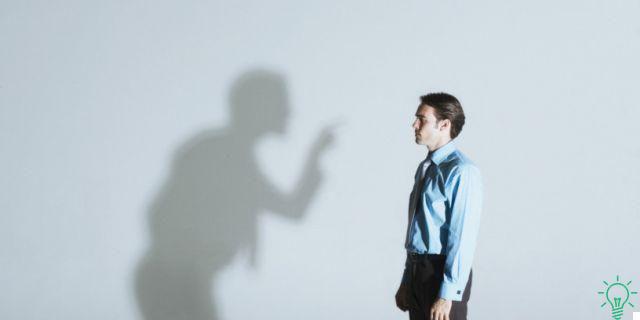 The word "criticism", like many others we use every day, has strayed far from its original meaning. In fact, it comes from the Indo-European root "skribh", which originally meant to separate and discern. Later this word took on a different meaning, more related to the ability to make a decision and express a judgment. It later continued to evolve and today many people attribute a completely negative meaning to it.

The 3 types of criticism that reveal your deepest "me"

Niccolò Machiavelli said that "in general, men judge more with their eyes than with intelligence, since everyone can see but few understand what they see". Thus, criticism always expresses who we are and what we think. Through criticism we reveal our stereotypes and expectations, and sometimes even our mood. In fact, even if very few realize it, our way of criticizing is one of the most intimate expressions of our personality, through which we put ourselves completely naked in front of the most sensitive eye.

There are several types of criticism:

- Friendly criticism. In this case the person who criticizes is able to establish an emotional bond with the other, therefore his criticism is based on empathy. Its purpose is to help, protect, motivate and / or develop. This type of criticism is linked to the Greek concept of “parrhesia”, which means speaking openly and freely for the good of others, even if it means taking some risks. Obviously, the people who use this type of criticism are invaluable and we should make sure that we always have them by our side because they help us see what we cannot imagine.


- The "objective" criticism. In this case the person adopts a more indifferent attitude, establishes an emotional distance and often uses more abstract and impersonal arguments to support his opinion. The problem is that, usually, the goal of this criticism is to correct and it is often used as an excuse to cover up hostility and envy or to highlight one's intellectual and moral superiority. In fact, many people mask their feelings under this guise of "objectivity", which usually hides the idea that only they are in the service of truth and perfection or know how to do things well.

- Hostile criticism. In this case, the person attacks directly through criticism, regardless of the damage it may cause. In reality, the goal is to directly reject, blame, discredit or destroy. But to achieve this you can use different strategies, and it is not always a frontal attack, so it is sometimes difficult to distinguish these criticisms. Basically, these criticisms express the person's inability to put himself in the place of others, manage his emotions and relate from a respectful position. Obviously, it is imperative to learn to protect yourself from these criticisms, because they can do a lot of harm.

Criticism always says more about those who criticize than about those who are criticized because they express the way they see the world and their values ​​in interpersonal relationships. Therefore, it is desirable that before criticizing you think about what the words you would like to say will say about you and ask yourself if this is the image of yourself that you want to cultivate and show to the world.

In fact, you can use criticism as a tool for change, to get to know yourself better and grow as a person.

1. Analyze what motivates this criticism. If you often react with acidic and exaggerated criticism, you are probably not reacting to that specific situation or person in front of you, but your reaction is rather a reflection of a much deeper problem, since it denotes frustration, anger, disappointment and / or insecurity. Therefore, the problem does not lie with what you are criticizing, but with something inside you that you should solve.


3. Give an opinion, not a judgment. Criticism, to avoid generating a defensive attitude, must remain an opinion and not turn into a process. If you turn yourself into a judge you are only demonstrating your inability to be empathetic and your arrogance. It is not the same as saying "what you did is useless" instead of "I don't like what you did". In the first case it is a value judgment, which is also exaggerated, in the second case it is only a questionable opinion and, as such, an opportunity for growth for both parties.

In any case, it is always better to criticize less and help more, speak less and think more, look more within yourself rather than point the finger at others.

Proactivity is: getting up early in the morning ❯

add a comment of Before criticizing, think about what this criticism says about you