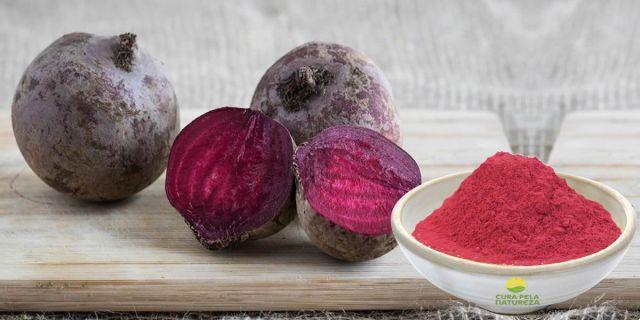 Lo beet sugar it is the sugar obtained from the extraction and processing of the liquid produced by the common beet.

The botanical name of this plant is Beta vulgaris although it is more commonly remembered under the name of beetroot due to its intense color of the tuber and leaves. It belongs to the Chenopodiaceae family like spinach and chard.

Beetroot is a biennial plant that produces edible leaves, its tuber roots are also edible, both prepared raw and cooked in different recipes.

There are several varieties of beets: that from the garden which is more common and is used for human nutrition, the fodder one and finally the sugar one which is used to obtain sucrose crystals.

Beetroot is a vegetable known since before 420 BC and was cultivated precisely for its leaves while over time and only later did its tuber roots begin to be appreciated. The ancient use was mainly for food for humans and for animal fodder and only in 1600 did the use of the root as a food resource become widespread.

As for the sugar beet, however, we have to wait until 1747 when Dr. Margaff, a Russian chemist, discovered that it was possible to obtain sugar crystals from beet.


These crystals were similar to those that were produced from the more common sugar cane, the first source of sucrose for those times. It was only in the 1800s that the sugar industry began to develop factories that produced sweetener from sugar beet extract..

Read also White or brown sugar, which one to use? >>

The sugar we use in cooking is known as sucrose and comes in the form of crystals. Sucrose is usually extracted from sugar cane, but sugar beet is also another great source for extracting this sucrose.

Initially the sugar beet that was grown contained only 5% sugar, but through natural selections we have come to have a sugar beet which produces a juice rich in 15% sugar.

The production takes place through a first process of extracting the juice called molasses or syrup which is subsequently purified and concentrated to then refine it and make it crystals.

These treatments lead to the production of refined white sugar which we all know but which is practically 100% pure sucrose. However, on the market we can find other cruder forms of this processing such as beet molasses and brown sugar which still contain many minerals and nutrients of the first beet juice.

Sugar beet is rich in minerals and vitamins for this reason it is an excellent tonic and natural supplement. Among the mineral salts there are high percentages of sodium, calcium, iron, potassium, magnesium and phosphorus.


Among the vitamins instead we have a high presence of vitamin A in addition to some of the B group such as B9 also known as essential folic acid in pregnancy and for the development of the baby.


Cooking beet root can reduce the presence of these vitamins and therefore a good advice is to consume them raw with the addition of perhaps a little lemon juice since this increases the absorption of some substances and in particular of iron. Beetroot juice and in any case raw consumption helps in cases of fatigue and anemia.

In addition, in the beet we still have numerous active ingredients, antioxidants and flavonoids which have a direct action against free radicals responsible for cellular aging.

Beetroot is also a good ally in the prevention of some forms of cancer and cardiovascular disorders. It also supports the liver by having a purifying effect as well as reducing inflammation of the gastrointestinal system, stimulate the production of bile and improve digestion.

A specific action of the sugar beet is that of absorb toxins originating from cells and facilitating their elimination from the body.

Those who suffer from stones should make a moderate consumption of it since sugar beet is rich in oxalates and for those suffering from diabetes given the high sugar content in beetroot.

Read also Sweeteners in comparison, which ones to prefer? >>