Beer, whose name derives from the Latin bibere and means to drink, is a very ancient drink, whose cModerate consumption helps maintain good health. Let's find out better.

> 2. The properties and benefits of beer 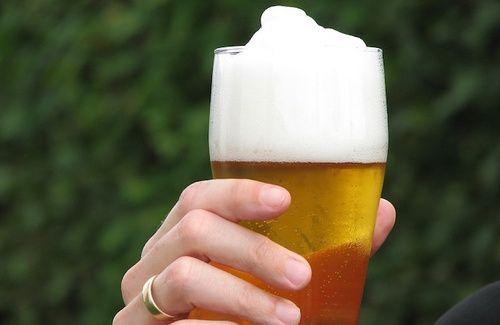 It is a very ancient drink; the earliest records date back to the Babylonian era. The traditional ingredients for making beer are malt, hop and yeast. The malt, which by law must not be less than 60%, is generally d 'barley, but it can also be of other cereals, for example wheat or corn.

An important feature of beer is the foam, which protects it against oxidizing action oxygen and therefore serves to maintain the aroma for longer; the presence of a nice stable foam is a sign of quality and freshness.

Beer is served at a temperature between 7 and 10 degrees.

Properties and benefits of beer

Beer has numerous properties which derive from its composition. Contains a good share of Vitamins e mineral salts and a great one calcium-phosphorus ratio, while the sodium content is very low. For these reasons it has a diuretic effect.

Il hop contains several types of flavonoids which have been shown to have anticancer properties. In particular, it contains xanthohumol, a substance that appears to be useful in inhibiting the proliferation of cancer cells of some types of carcinomas. Not all beers contain a high amount of xanthumol, only those with a high hop content.

Thanks to the polyphenol content, beer also has antioxidant properties.

However, we must always remember that it is an alcoholic drink and that it should therefore be consumed in moderation.

The richest and therefore most beneficial beer is the raw, that is, unpasteurized beer.

All the alternative uses of beer

Beer is often used in cooking to prepare tasty dishes, a classic is the Beer chicken, used, albeit with some variations, throughout Europe. It can be prepared as follows.

Prepare a sauté with carrots, celery and onion; brown the chicken cut into pieces and season with salt and chilli. Pour in the beer, which must preferably be blond, (the quantity depends on that of the chicken; for a quantity of meat suitable for four people it usually takes half a liter of beer).

Cook with the pan covered for about half an hour, then remove the lid and continue cooking until the beer is completely absorbed.

To make beer the grains of barley they are placed in water to germinate, until the necessary humidity is obtained, and then to germinate. In this way the malt is obtained, which is then toasted in the oven.

The chromatic subdivision of beer, and the consequent distinction in blonde, red and dark, it depends on greater or lesser toasting of the malt.

After roasting, the malt is ground and placed in water. The must is thus obtained, which is brought to a boil and then filtered; in this phase the hops are added. The must is then cooled and then fermented in special tanks.

During fermentation, the yeast, which causes the transformation of the maltose contained in the compound into ethyl alcohol and carbon dioxide.

Depending on the yeast used, low or high fermentation beers are obtainedAnd. After fermentation, the beer is left to mature for a few weeks in special containers.

> Discover the properties, benefits and uses of hops

> Hops and beer, an inseparable bond

> Types and styles of beer