Becoming an automaton of duty is the recipe for stupidity, according to Nietzsche 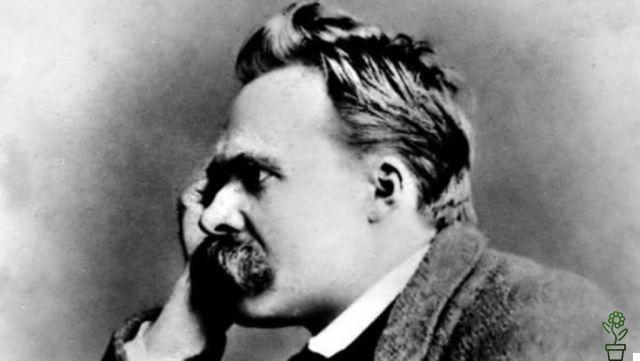 The process of education and socialization to which we are subjected from childhood passes through the inoculation of "duties". These duties are expressed in a myriad of ways, from socially accepted positive values ​​to the obligations we assume. Consequently, it is not surprising that our daily way of thinking and speaking is full of "duties".

There is therefore a shift from interpsychological to intrapsychological. Social pressure subsides in favor of internal pressure. At that point, according to Friedrich Nietzsche, we become automatons that get trapped in the webs of duty. And this is the most direct path to "decay and stupidity", according to the philosopher.

Embracing the values ​​of others leads to self-falsification

Being the cause of oneself, the only one responsible for one's existence and action: this is the idea that Nietzsche fiercely defended and the leitmotif of his work. Man as an active subject in his own life, who exercises maximum freedom and is able to free himself from the social commandments that prevent him from reaching his potential as a person.

Nietzsche fought against morality, at least that imposed by the various control systems. He believed in the existence of values ​​and virtues that become compasses in our life, but only those that are truly ours.


“A virtue must be a creation of its own, our most personal defense and a necessity; in any other case it is just a danger. Anything that does not represent a vital condition is harmful: a virtue simply dictated by a sense of respect for the idea of ​​"virtue" is harmful ", he wrote.

All those virtues that are not born of us, but have been imposed and respected without a process of reflection, can end up becoming an obligation and, therefore, can limit our potential by making us make decisions that do not help us grow but limit our own. intelligence.

Nietzsche was convinced that embracing social values ​​without questioning them led to the development of a enslaving morality. That is why we must make sure we do not cross the fine line that exists between the virtue that leads to overcoming and what becomes a rigid rule that ends up paralyzing us.

In that sense, those virtues can be extremely harmful. Hence the sublime commandment "you must" leads to the "falsification of oneself", as Nietzsche said.

The free spirit does not even bind itself

Nietzsche also advocated the development of contextualized and pragmatic virtues and values. He did not believe that abstract virtues could bring us anything of value for our personal development.

He thought that when "'virtue', 'duty' and 'good in itself' acquire an impersonal and universal character, they become ghosts". He said that "a people perish when they confuse personal duty with the concept of duty in general". That duty turns sacrifice into an abstraction. Then the sacrifice or any other value or action becomes in vain, meaningless.

As an antidote, he proposed that "each person discover his own virtue for himself", because this must be the result of a "profound personal decision". To do this, we must first do an introspection exercise that involves recognizing and accepting the shadows and lights within us so that we can unify our impulses and desires. Only in this way can we develop personal values ​​that are not in constant conflict with our essence.

Finding these values ​​also implies facing the past without resentment and even recreating it by changing its meaning, but always taking into account the perspective character: "every meaning is a provisional creation without guarantees or certainties and every creation is responsibility and risk without a final judgment", wrote the philosopher . This means both accepting our past "I" and uncertainty about the future.

This "Nietzschean" vision transforms us into free spirits. Mature people who are not enslaved by their past and are not afraid of the future. But even then we can't let our guard down because we can always get trapped in the web of values ​​we build. “Let's make sure it doesn't become our vanity, our adornment and our gala dress, our limitations, our stupidity”, warns Nietzsche.

The free spirit is, therefore, one who strives to cultivate his virtue in harmony with his nature. But he is also the one who manages to get rid of himself. Therefore, he is a person aware that everything is constantly changing. Including its values ​​and virtues.

Downshifting: the art of living with less ❯

add a comment of Becoming an automaton of duty is the recipe for stupidity, according to Nietzsche