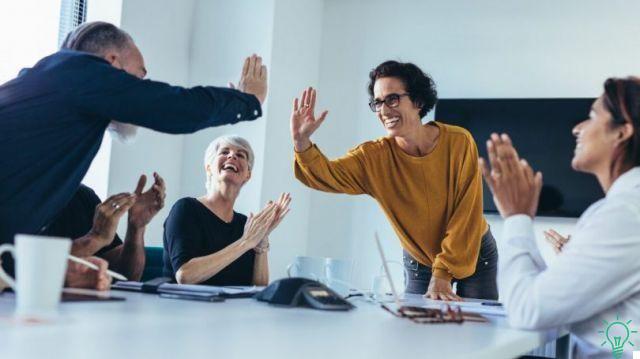 Let's talk about the book "Why work sucks and how to improve it”By Cali Ressler and Jody Thompson.

The answer is not better organization or rules like 'no meetings on Wednesday', waking up fifteen minutes earlier to avoid rush hour or spending Saturday eating to catch up on any missed meals at work. There are no useful tips, tricks or tips that can fix the problem. We will not find answers in the corporate code. The only solution is to change the rules of the game from top to bottom.

We are all prisoners of clichés, of various conformisms, of a vision of work linked to times and methods now in place largely outdated. These clichés are among the most responsible for the negative feelings that almost everyone feels (if not always at least momentarily) towards their work: tiring, stressful, boring, repetitive, excessive, limiting, and so on.

The fact that a large part of the active population in spain is engaged in office jobs or in any case in activities far from the factory, from the assembly line, - but also from the countryside, fishing or livestock - which force us to and punctuated by rhythms on which it is impossible to intervene (cardiac surgeons remain a minority ...), aggravates this frustrating feeling of being part of a gear that could easily be changed without damaging the final results, indeed.

In the United States, a very heartfelt and heated debate has arisen on these issues, which in Spain has appeared timidly and for a short time. Revolutionizing times and places of work still seems to be a difficult undertaking and for some companies an impossible idea. Managers, executives, department heads and entrepreneurs are therefore the main references of this book, an interesting and curious reading even for those who occupy a lower position in the corporate hierarchy but "want to dream".

If you know someone with decision-making power in any company, give him this book e wait for the results. They will certainly come, at least in the form of commentary and debate. Because the two authors do not spare criticisms even of apparently more fortunate situations, such as flexible employment contracts, of which all the contradictions and limitations emerge.

The keystone is the confidence. The worker wants the company to trust him in carrying out its activities. He wants to be treated like an adult at work: an adult who will carry out his assignment. Everyone knows that trust is felt, and flexible employment contracts have nothing to do with trust

The recipe is based on freedom. The case study is the company in which the two authors worked, Best Buy, where they created the Results-Only Work Environment (ROWE). In this context, the employee is free to do what he wants and when he wants, as long as the work go on.

The idea does not therefore jump out of nowhere, but from a concrete experience. "The ground for the ROWE was prepared in 2001, when at the headquarters of Best Buy (an American giant specialized in the sale of electronics, information technology and technology items) an executive was asking for help because he wanted to transform the company into a popular destination for part of qualified personnel looking for work.


A commission was set up and an employee survey was conducted to find out what they wanted most from their job. The response of the overwhelming majority was: trust on time. The company must trust, I will achieve the expected goals and I will be a more satisfied employee '.

Of course, this epochal revolution that should be based on the company's trust in the employee (no longer seen as a child who makes pranks as soon as the boss turns his back, but as a responsible person who understands how important it is to do his job well. to keep the job and eventually make a career), it is very difficult to do, but this book testifies that it has already been done, with success.

Why your life sucks (and how you can fix it) ❯