Baobab: properties, benefits, how to eat

Il baobab is an African tree of the genus Adansonia with important power antioxidant. Considered a Superfoods, is useful for digestion, skin, tone and energy. Let's find out better.

> Calories, nutritional values ​​and properties of the baobab

> Curiosities about the baobab

> How to eat the baobab fruit 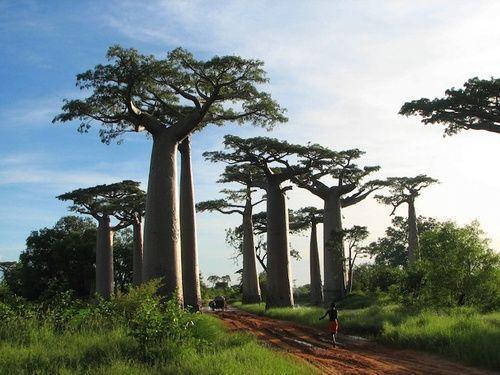 In Africa it is possible to find some truly extraordinary species of trees (of the genus Adansonia), called baobabs, or bottle trees. They are native to Madagascar and their appearance is unique: imposing, with a height of over thirty meters and a diameter that can exceed fifteen meters, they are unparalleled resources of water in desert climates (they can very well contain over 100,000 liters).

But in addition to water they are also a source of food thanks to leaves and fruits. In fact it produces fruits of about 1-2 kg, containing gods semi reniformi, closed in a woody shell. Once ripe and dehydrated, the pulp lignifies by solidifying, concentrating the active ingredients in order to create a strong, acidic, sometimes decidedly sour flavor despite having hints of vanilla or pear.

Intestine and digestion in general, metabolism, skin and muscles, tone and energy.

Calories, nutritional values ​​and properties of the baobab fruit

Although little known, it is rightly celebrated as a "superfoods"And an effective food-medicine.


It contains excellent quantities of vitamins, especially ascorbic acid (six times the quantity contained in oranges) but also vitamins PP and those of group B; is rich in dietary fiber, of all eight essential amino acids.

The antioxidant capacities of the baobab fruit (given by vitamin C and numerous phenols among which a wide range of anthocyanins, flavones and acids stands out) are superlative: expressing them according to the IAC index, the baobab has a value of 11.11, while the strawberry has 0,91, the kiwi has only 0,34 and the orange 0,10. This power allows cell damage to be repaired defuse aging processes and degenerative ones.

It is one of the best dietary sources of copper, and an excellent resource of calcium, iron, potassium, manganese, zinc and magnesium, and for this reason indicated to recover energy and fight fatigue. Fibers, mucilages and probiotic principles support the intestine in its work and help digestion. Among the many other properties of the fruit are also those antipyretic, anti-inflammatory, antiviral, antibacterial, hepatoprotective.

On the market there is the baobab powder, which contains 9 calories per 5 g, including 125mg of potassium, 3,9g of carbohydrates, 3g of fiber, 0,7g of sugar and 0,1g of protein.

You can learn how to improve immunity with baobab powder 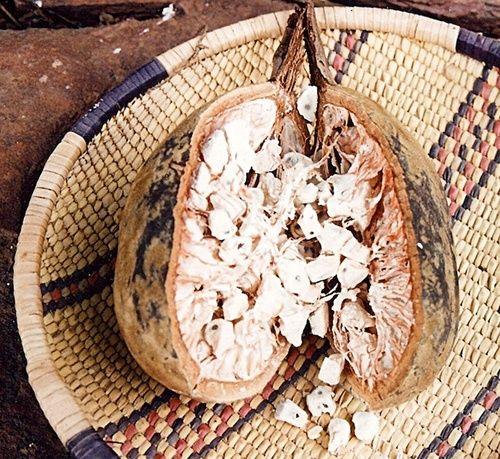 No particular contraindications: Studies proven over a decade between 1997 and 2008 by the relevant bodies of the European Union and the United States have demonstrated the non-toxicity of the baobab fruit.

Curiosities about the baobab

There are also species of baobabs outside the African range, namely the Australian baobab (Adansonia gregorii) and the Adansonia digitata, found not only in Africa but also in the Arabian Peninsula.

It is believed that the word baobab derives from the Frenchization of the Arabic būħibāb, that is "Father of many seeds". In Madagascar this plant is referred to with the name of ranala, that is to say "Mother of the forest", while in Continental Africa with the name of "Magic tree".

According to many colorful African legends, the baobab tree, after some vicissitudes, would be upside down and would have its roots in the sky.

How to eat the baobab fruit

The pulp of the fruit is completely dried through natural processes, giving the food a particular consistency, similar to the friability of gypsum; therefore the dried pulp can be consumed simply by sucking it naturally. The seeds and fiber can be used in infusions or as thickeners for soups (thanks to the power of mucilage).

The baobab among the natural restorers: discover the others

Other articles on the Baobab:

> Baobab, the natural supplement for the intestine

> Baobab powder for the immune system

> Properties and use of baobab oil

add a comment of Baobab: properties, benefits, how to eat