Avoiding Trauma in the Gym 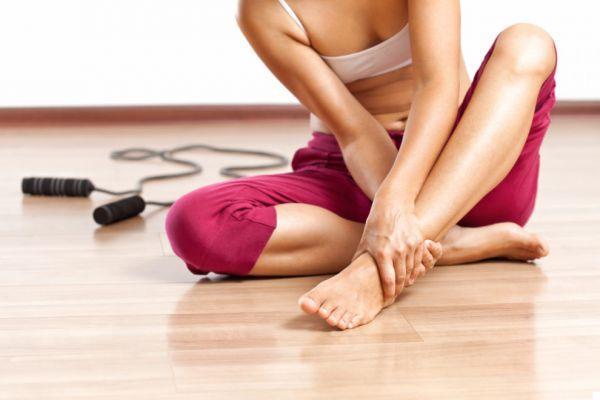 In this article we will analyze the various weightlifting exercises from the side of acute trauma or wear and tear potential.

After each exercise, we will show in detail all the execution errors that can be made, limited to those that could cause injury.

The aim is to provide the right tools to train better, for longer, avoiding periods of forced rest which, in addition to de-training and loss of tone, can lead to disinterest and abandonment.

The use of the following lies in its application limited to the initial conditioning phase, after which the work will be more oriented towards fatigue.

In order to make the following exposition clear even to non-professionals, let's try to understand the meaning of some keywords.

Acute. Injury to the ligaments. It can be caused by a movement, an action that goes beyond the normal range of motion of the joint, or by efforts on a plane in which there is normally no or almost no movement. An example of the latter case is the classic lateral ankle sprain. A fairly large distortion always brings with it a partial subluxation.

Acute. Displacement of the heads of the joint with the loss of relationships of contiguity. It generally occurs due to an exogenous impact, which indirectly causes a large laceration of the joint capsule and ligaments.

Acute. Muscle injury or muscle tendon insertion. It can occur at any point: in the muscle womb or at the level of muscle tendon insertions. The tear is caused either by excessive stretching of the muscle, or by a sudden and abrupt increase in tension within the muscle-tendon system, resulting in a tear. In the vast majority of cases, however, the tears occur within the normal range of motion, during the vigorous action of the muscle. Both sprain and tear are acute trauma.

Acute. It is part of the tears, but more specifically affects the tendons; these can be partially damaged or in total interruption of continuity, even on the bone or muscle insertion.

Acute. It occurs due to the impact of an external body against the muscle with damage to the skin and underlying tissues. This injury involves rupture of the capillaries, hemorrhage, edema and an inflammatory reaction. The irritation of the nerve endings follows the pain.

Acute. Any loss of the contiguity of a bone due to particularly violent impacts.

Chronic. Damage caused not by a traumatic event, but by the recurrence over time of unnatural movements for the joint or, if in the normal range, by prolonged excessive stress. For example, prolonged execution of the hack squat can be aetiological for inflammation of the patellar tendon. As we will see below, wear injuries are the most frequent in wrong executions in the weight room. Bodybuilding weightlifting hardly leads to acute trauma, barring macroscopic errors, but we will also identify where these can occur - different is for disciplines such as powerlifting or weightlifting.

add a comment of Avoiding Trauma in the Gym