Autobiographical memory: how is it organized? 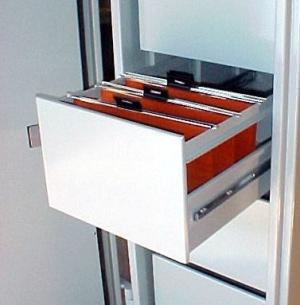 La autobiographical memory is what there is
it allows to catalog the memories of the past and at the same time to distinguish
these from the experiences of the present. There are several disorders of nature
neurological affecting autobiographical memory, one of them yes
refers to people who have to relive all the events of theirs every day
past, so much so that the memories come to be like a real torture.
Others argue that the deja vu
it would just be an autobiographical memory problem for which people
they would not be able to discern whether the experiences were lived
really or not. But beyond these
disorders, to date many specialists have wondered how it is organized
autobiographical memory. A recent study developed by Ezzyat and Davachi,
psychologists of the University of New York, states that the variations in the times
verbal can alter our representations and memory itself
autobiographical. To get to
these conclusions the psychologists made 23 people read six
stories that contained a series of anecdotes extracted from everyday life.
Some of the stories ended or began with the words "a moment later ..."
with a signal that indicated the beginning of another story. But other stories
they used a variant of this phrase "a moment later ..." where it was indicated
that the story was not over but that it had to continue. After 10 minutes
people had to remember the stories they just read. The trick was in the fact
that people only had to remember the part of the story that
preceded the words "a moment later ..." or "a moment later ..." The result does not
left no doubt: the participants remembered him with great difficulty
events that were separated in time, and the activation of
different brain areas in relation to the tenses used. This
would indicate that in memory, when events were separated in time,
they could be stored in different brain areas. In this way i
researchers began to think of autobiographical memory as a
warehouse in which each event would have its own archive. However, the existence
of this warehouse does not indicate that these archives cannot come
damaged or contaminated by other experiences. This idea matches
to one of the different definitions of autobiographical memory according to which
this would be a “set of episodes
ordered in sequence: chronological, spatial and affective, communicable but not transferable,
which imply a historical harmony (before, during and after) and constitute the
basis of individuality. " However, how
indicates the concept, this "autobiographical archive" is not only ordered in function
of time but also of the uniqueness of events and the emotional significance of
facts. Curiously, in this memory the “what” and “who” are privileged rather
that the "where" and "when".
Memory: quickly forget the details ❯

add a comment of Autobiographical memory: how is it organized?