Are post-workout pains a sign that you are making progress?

We've all been there: we train hard and for the next two days we can't move even a muscle without that grimace of pain.
Delayed onset muscle soreness (DOMS) usually occurs after intense training. Many are convinced of the mantra according to which "the more you suffer, the more you get strong" and, albeit with a little less drastic tone, they could also be right.

Post-workout pain is a symptom of muscle damage, but it doesn't necessarily happen all the time, which is why it's generally not a good indicator of "progress". 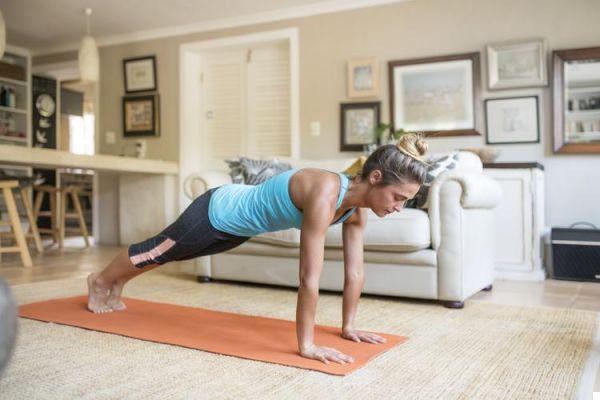 Before even trying to grasp its physiology, it is important to address the psychological component linked to DOMS.
Pain thresholds vary widely, as evidenced by the fact that no two people have the same experience in relation to pain or discomfort.1

While it is clear that DOMS are a symptom of muscle damage, on the other hand a more trained athlete may have a higher pain threshold than those who have recently started a sport (and here too differences can occur).

Pursuing pain can be dangerous

One of the most insidious misconceptions common among athletes is that in order to get the most out of a workout, one must necessarily experience rather extreme pain.

This sets a dangerous precedent that risks leading to acute overtraining syndrome, if not a serious condition known as rhabdomyolysis.

Rhabdomyolysis is the breakdown of muscle fibers after physical exertion and involves the release into the bloodstream of the intracellular content, including a protein, myoglobin, which can cause kidney damage.


Our advice? Don't judge your personal trainer or training session based on how painful you are - training smart, very often, is better than hard.

Post-workout pain is usually not a good indicator of hypertrophy

DOMS deals with muscle damage caused by unusual or unusual physical exertion, and appears to be the result of the inflammation and swelling associated with it.

There is a clear correlation between exercise-induced muscle damage and DOMS, but are these also synonymous with hypertrophy or just a symptom of such damage?

Well, it seems to be more of a symptom of muscle damage than a sign of progress. If we look at the course of exercise-induced muscle damage as well as the adaptation of the muscle itself, we see that DOMS are poorly correlated with the known adaptation phases.2

Furthermore, the alleged causes of these pains appear out of phase: through magnetic resonance it was possible to observe how the swelling and DOMS could follow distinct chronologies, with the apex of pain occurring long before the swelling takes place. 2

Furthermore, it is possible for DOMS to appear even in the absence of signs of inflammation in the part of the body under stress. 2

Furthermore, according to some reports, DOMS caused by aerobic endurance activities (such as running a marathon) are generally not attributable to significant hypertrophic adaptations. 2

Again, the degree of pain is not a good indicator of progress achieved.

Another factor to consider is how well trained you are. The pain tends to subside when a muscle group is repeatedly stimulated with the same exercise intensity. This is confirmed by the "repeated bout effect" (literally "effect of repetition of a load"), whereby an exercise, if repeated and well regimented, reduces the extent of muscle damage.


Because chasing the DOMS could hold back your progress

Being aware that DOMS are not proof of having obtained "benefits" is essential: this will prevent you from chasing them even at the cost of risking overtraining just for the sake of experiencing pain.

DOMS, in fact, can have a negative impact on subsequent performance (with possible long-term repercussions on muscle growth and performance), as well as on the level of motivation, even going so far as to increase the risk of injury.

It is a question that is worth underlining as it reaffirms what has already been mentioned, that is, not to judge the effectiveness of a workout on the basis of the pain felt.


Better an extreme session, with the risk of having to stay still for a week, or an entire week at your disposal on which to spread several well-thought-out, safe and goal-oriented workouts?

Post-workout pain has been interpreted as a sign of progress, leading many to chase extreme pain levels just to prove to themselves that they've done a decent workout.

We showed you how there is a poor correlation between DOMS and muscle hypertrophy, in terms of both timing and individual variability.
Running after DOMS every time you train can seriously prevent you from getting good results, reduce motivation and in some cases make you more prone to injury. Although these pains mostly occur after physical exertion (especially when introducing new exercises, increasing their intensity or focusing on muscle stretching), they are certainly not essential to promote muscle adaptation.

Opt for smart training: carrying out activities in a constant and sustainable way, orienting yourself to specific goals to be achieved in the short and long term, is a far better approach than having to drag yourself out of the gym.