Apple cider vinegar for weight loss, does it work? 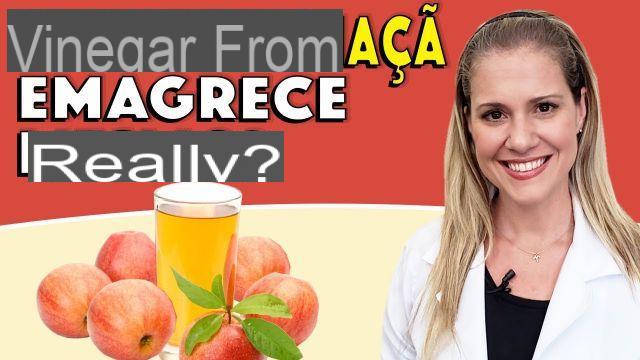 “An apple a day keeps the doctor away”, let alone two… kilos!

In fact, there are many apples that are used to produceapple vinegar.

Remedy known since ancient times - it is even said by Hippocrates, father of medicine - it is useful not only for dressing salads, but also for its many health properties. Among these also fat-burning properties.

There are no miraculous remedies, and we know it, but maybe we can find that theApple cider vinegar also works to help us lose weight?

Apple cider vinegar works for weight loss, within a well-balanced diet, if used as a condiment of vegetables and salads, because it has fewer calories than balsamic vinegar (21 versus 88 kcal) and it's great alternative to salt. And we remember that often too much salt rhymes with cellulite.


Here is the detailed list of properties of apple cider vinegar:

Insulin is the hormone which does store it sugar inside the cells, where it accumulates as fat, if it is not used. Furthermore, acetic acid could also play an important role in inhibiting the activity of some genes that promote fat storage.


The benefits of apple extract

Apple cider vinegar for weight loss: how to do it

Use it to season, as an alternative to salt and balsamic vinegar, on vegetables and salads. You risk it unusual combinations: a pinch of apple cider vinegar in fruit salads instead of lemon, or on steamed fish.


In addition to using it in the kitchen, take full advantage of the thousand beneficial properties (not only fat burning and weight loss) of apple cider vinegar by taking it as a real remedy: mix 2 teaspoons of apple cider vinegar and 1 teaspoon of honey with a little water and drink it as soon as you wake up, before having breakfast. For an enhanced effect, you can add a few drops of the Bach Flower Crab Apple, or the flower of the wild apple tree.

There are few, but there are also some for apple cider vinegar contraindications to watch out for.

Apple cider vinegar for weight loss. And the cider?

A close relative of apple cider vinegar, the cider is an alcoholic drink produced by the fermentation of the squeezing of apples. With a bittersweet flavor, it can have between 4 and 8 degrees of alcohol.

Known since ancient times, it was - and still is - much appreciated in the countries of the Celtic area: Ireland, Normandy, Brittany: its production was also widespread in the north of the country, today it has remained active only in some Alpine areas.

Good to the taste, the cider also possesses digestive properties (thanks to its level of acidity), rebalancing of the intestinal tract, antioxidants (thanks to polyphenols), remineralizing (thanks to the high calcium and potassium content), diuretic (thanks to malic acid).

Find out all the uses of vinegar

add a comment of Apple cider vinegar for weight loss, does it work?