Aphrodisiac foods: what they are and when to take them

Thanks to the goddess of love Aphrodite, the term was later coined " aphrodisiac”Commonly used throughout the ages to indicate the ability of a food to stimulate sensuality in man as in woman.

Between myth and reality, shape and color, smell and taste, food has always been associated and traced back to sexuality and stimulated the most unspeakable fantasies.

In fact for the action exerted on the blood circulation there are indeed some foods that have a concrete action against libido or erectile dysfunction. Let's see which ones.

> Myth and reality on Aphrodiasic foods

> What are the aphrodisiac foods

> What's true about truffles and oysters

Chilli pepper among the aphrodisiac foods 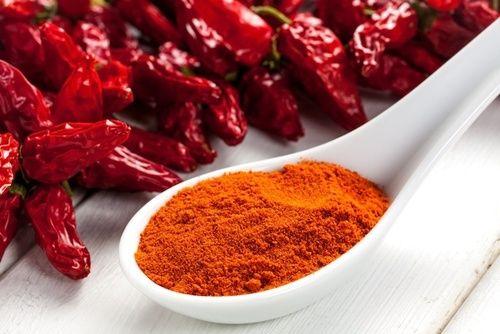 Myth and reality on aphrodiasiac foods

As already mentioned, the story is full of stories, episodes and rituals handed down for stimulate sexual desire in both sexes or to express one's sensuality in order to be "irresistible predators or predators".

The way in which food is chosen and presented, the attention to detail with which the table is set, the way in which you chew, put on make-up or pose says a lot about important role that food plays in the life of a couple especially in the fateful moment of the conquest.

La sensuality, in addition to the chemical component, it is strongly linked to the emotional aspect that plays its cards equally well. As if to say, the charm is more a matter of head and of sensory stimuli that of chemical-physical reactions that are then extinguished to rekindle towards new joys.

Food has always proved to be a friend of love, a method of wooing that always works. The saying must be taken by the throat, it always works and in every age.

Aphrodisiac foods do exist. They are foods that work because they act as vasodilators or because they stimulate the sense of smell in a certain way by awakening the desire that has fallen asleep.

Other foods instead act as hormonal regulators. When the hormones are turned upside down it is possible that the libido is affected or that the body does not respond as we wish. Also it stress it is a pleasure inhibitor. Food can therefore be an extremely sensual moment of relaxation to rekindle eroticism.

What are the aphrodisiac foods

La capsaicin contained in chilli and responsible for its spicy taste, activates circulation acting as a vasodilator and increasing the body temperature giving that wonderful sensation of warmth. Do not hesitate to add it to soups or to flavor fish or meat dishes, as well as in side dishes and salads. Chilli makes even the simplest dishes special and there are many varieties.

Maca, also called Peruvian ginseng, is a plant known for stimulating properties on the male sexual apparatus (increase in the number and motility of spermatozoa) and female (hormonal regulator). It also proves to be a precious help for women with problems related to menopause such as annoying hot flashes and the physiological lack of desire.


Ginger works by improving circulation and like all vasodilators consequently, it acts by stimulating and improving sexual performance. You can use it to flavor teas, infusions and herbal teas or to make your desserts and cakes special.

Ginseng is an oriental root which is now well known and appreciated also in the country. Its features tonic and stimulants make it a good post flu remedy and is well suited to all convalescent states and in cases where fatigue is identified and in those situations where an aphrodisiac action is required.

If you have underestimated vitamins or have you always considered them harmless as candy you can change your mind and redeem yourself from this thought. Vitamin B6 to cite an example it is able together with other components of exert a considerable action on testosterone. This means that those suffering from male impotence or decreased desire may need to enrich their diet with this vitamin. The foods that contain it are wholemeal ones (cereals), offal and liver, some fruits such as bananas and avocado or "nuts".

All foods they contain vitamin E in good quantities they are considered "aphrodisiacs". It seems that vitamin E acts directly on sexual desire improving appetite which has faded a little. Foods that contain it in a quantity that is worthy of note are wheat germ oil, hazelnut and sunflower oil.

We are very lucky with chocolate. We have ascertained: it has a antioxidant and tumor effect. Now we also discover another very interesting virtue. Thanks to bioflavonoids in it dark chocolate (but it must be pure) is the best friend of love. These substances act as vasodilators thus promoting circulation and thus improving sexual performance especially in men. In addition the theobromine contained in chocolate stimulates the release of endorphins, balancing the nervous system and giving us a good mood.

You can also learn more about what natural aphrodisiac food supplements are, such as vanilla 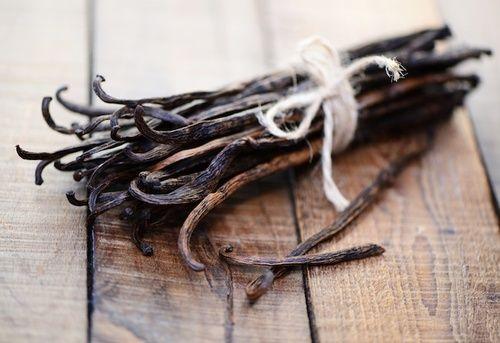 What's true about truffles and oysters

The pairing oysters and champagne it has always intrigued and stimulated the imagination of most and enriched the bibliography on the theme of eros. But are they really aphrodisiacs or do they belong to the usual myths to dispel?

Meanwhile, for what concerns the truffle the story has a lot to tell, it was already appreciated by the ancient Romans. There are numerous cooking treaties that have come down to us over time and from different cultures. What has triggered a thousand suppositions about the aphrodisiac power of the truffle is the presence ofandrosterone (substance capable of creating a state of excitement in sows and present in pigs).

This aspect has opened the imagination in the minds of man hoping for the same effect also in the human being. In fact, to be able to find truffles in the past sows were used attracted by the smell that the androsterone emanates from the truffle.

It can finally be said that the aphrodisiac aspect of the truffle is due to the status it represents: during the courtship a candlelit dinner with the truffle king has its undoubted charm.

From Pliny to Casanova le oysters and other seafood have been extensively discussed and tested to test their aphrodisiac power. The truth lies in the good zinc content which has the function of increasing fertility especially in humans. I emphasize that an excess of zinc turns out to be toxic for the body, so do-it-yourself is absolutely forbidden.

Here is an idea of aphrodisiac menu. Start by sipping a fruity aperitif with the addition of spices and ginger and then with an antipastino based on avocado with walnuts and seafood served on a scallop shell (the eye wants its share).

Proceed by serving a plate of spicy spaghetti with oysters. Don't forget why you are cooking and stay light to savor the dinner effect. So serve a chocolate dessert sprinkled with ginger, accompanied by a few strawberries and a little cream. Only note to always remember: alcohol is not a friend of eros.

READ MORE
The properties of cloves, an aphrodisiac spice

> The properties of royal jelly among the aphrodisiac foods

Audio Video Aphrodisiac foods: what they are and when to take them
Excess of magnesium: symptoms, causes, nutrition ❯

add a comment of Aphrodisiac foods: what they are and when to take them