Antioxidant Vitamins: What Are They? 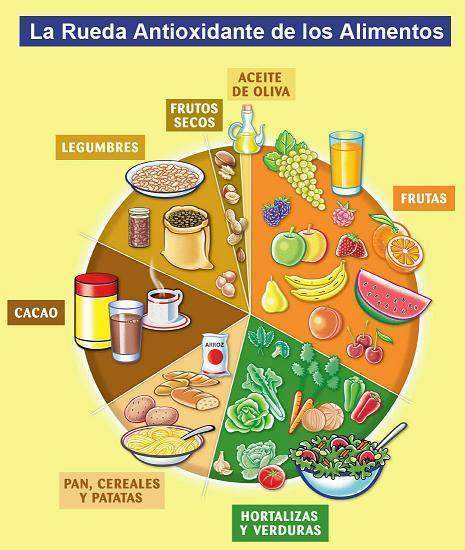 By "antioxidants" we mean that category of chemical substances capable of blocking the action of free radicals, responsible - if produced in excess and not adequately counterbalanced - of cellular oxidation, therefore of aging and of some pathologies.

Vitamin A, Vitamin C and Vitamin E play the role of three of the most potent vitamin antioxidants found in nature.

But let's take a step back to understand why free radicals are so dangerous.


Free radicals are molecules that lack an electron to achieve stability: as a result, radicals attack healthy molecules to rob them of an electron, triggering a dangerous chain reaction, a sort of chemical bomb that creates oxidative stress and sets the stage for cellular aging and, sometimes, for certain pathological forms.

Vitamins A, C and E

Therefore, the ACE vitamin complex is known for its anti-radical properties, so much so that some dare to use the term "miraculous" to understand the effects that can be obtained from these vitamins.

On the other hand, most scholars do not believe that a vitamin supplementation for antioxidant purposes can effectively counteract the onset of certain diseases, as long as the diet is complete and balanced and the individual healthy. Various researches have focused on the interaction between antioxidant vitamins and cardiovascular disease, but in this regard it has not yet been fully demonstrated that vitamin supplementation actually prevents these disorders.

Despite this, a good chunk of the American population regularly takes vitamin A, C and E-based food supplements. According to the American Heart Association, it would be good practice to follow a correct diet, rich in fruits, vegetables and whole foods, to ensure all body a right amount of vitamins, antioxidants in particular: however, if we consider the sick, it would be more appropriate to recommend an integration of antioxidants, since their immune defenses are weak at that moment. The task of deciding on the effectiveness of a vitamin supplement in these circumstances rests - a fortiori - exclusively to the doctor.

Vitamin C, or ascorbic acid, has the reputation of being one of the most powerful antioxidants in nature: the body does not have the ability to synthesize this vitamin, therefore it must be taken with the diet.

Vitamin C works as a redox system, since it is able to reduce itself from ascorbic acid to dehydroascorbic acid and vice versa.

Furthermore, it affects various cellular processes, such as collagen metabolism and the synthesis of neurotransmitters, stimulates the activity of antibodies, inactivates some toxins and slows down the hydrolysis of cholesterol.

There are various forms of vitamin E in nature: four tocopherols and four tocotrienols; it is a powerful antioxidant that belongs to the category of fat-soluble vitamins, so unlike Vitamin C it is soluble in fats. For this reason, it is found in vegetable oils in particular, but milk and eggs also register, albeit in lower doses, the presence of this vitamin.


It is by far the most powerful antioxidant, which also manages to "recharge" vitamin C.

In addition to performing this important function, vitamin E is able to block the production of nitrosamines, which are potentially responsible for stomach cancer. It also protects cell membranes from oxidation.

It should be remembered that tocotrienols can only be obtained from plant sources such as palm oil and brown rice, whose tocotrienol content is of considerable importance.

Vitamin E deficiency can be caused by celiac disease and Crohn's disease.

As for the antioxidant action of vitamin E, it boasts the ability to block the chain of radical reactions, which would form peroxidic radicals, therefore aging.

Vitamin E is also widely used by the world of cosmetics, as a powerful antioxidant: it is omnipresent in anti-wrinkle and anti-dark circles creams, precisely because it prevents the propagation of oxidizing forms. The skin is always the target of various forms of pollution (exhaust gases, environmental pollution, smoke, stress), for which cosmetologists aim to protect the skin from the oxidative damage to which it is continuously exposed, and it seems that the vitamin And you play a huge role in preventing aging.

It is imprecise to speak of vitamin A when referring to antioxidants: it is more correct to understand beta-carotene as the real antioxidant, precursor of vitamin A, which in nature is found mainly in green leafy vegetables, cherries, plums, brussels sprouts, cabbage and carrots. This antioxidant is involved in the protection against pollutants, counteracts night blindness, contributes to the formation of bones and teeth, is effective in tissue repair.

However, the researchers do not give certainties on how antioxidants can prevent serious disorders such as various forms of cancer, nor if in fact these substances play a decisive role in their prevention; scholars have found a considerable importance of antioxidants as substances capable of preventing oxidation, but there is a lack of large-scale epidemiological studies capable of confirming their effective usefulness in the prevention of serious diseases such as tumors or cardiovascular diseases, much less confirming their safety of use in high doses for prolonged periods of time.

add a comment of Antioxidant Vitamins: What Are They?