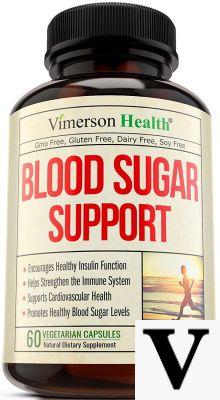 Which ones are they

Antioxidant vitamins are three types of molecules that are quite heterogeneous, both for their chemical-physical characteristics and for the food sources they contain.

The only water-soluble antioxidant vitamin is vitamin C or L-ascorbic acid. This vitamin has the ability to oxidize into dehydroascorbic acid and to reduce in a reversible manner; it intervenes in numerous hydroxylation functions, promotes the reduction of folic acid and promotes the absorption of iron by reducing Fe3 + to Fe2 +.


As far as its antioxidant activity is concerned, vitamin C participates in the processes of cellular defense by FIGHTING THE FREE RADICALS of oxygen by donating an electron to the tocopheryl-radical; in this way, vitamin C restores the antiradical activity of another antioxidant vitamin: vitamin E or tocopherol.

Almost all of the vitamin C taken from food is absorbed, while at high dosages almost 85% remains in the faeces.
Vitamin C deficiency was a typical sign of sailors who, not having fresh fruit and vegetables available to consume on long sea voyages, developed scurvy. Today, fortunately, the lack of vitamin C no longer reaches similar levels even if it is not uncommon for the diet to be a little lacking (especially in the elderly population - about 9% of the elderly); excess vitamin C is unhealthy but doses up to 10g / day "seem" safe.

Vitamin C is contained in foods of plant origin (citrus fruits, kiwis, peppers, tomatoes and green leafy vegetables) FRESH; on the contrary, the loss of vitamin C is proportional to the storage time, the washing (by dilution), the cooking, the light and the oxidation.

Vitamin A and β-carotene

Vitamin A or retinol and β-carotene have the same vitamin functions, although for each unit of retinol there are six β-carotene (and many more for the other 500-600 species of carotenoids). Retinol, present in animal foods, is stored in good quantities in the liver which (in case of need) releases it into the circulation (quantities <20mg / dl in the blood indicate the imminent exhaustion of stocks); on the contrary, carotenoids are pigments found mainly in vegetables and fruit.

Vitamin A is essential for cell differentiation (including the immune system), but the real antioxidant function is best attributed to carotenoids which (despite having poor vitamin A type function) in themselves neutralize singlet oxygen (a powerful PROoxidant).

The deficiency of vitamin A and β-carotene is closely related to visual disturbances (twilight blindness) and a high incidence of tumors due to oxidative stress; toxicity occurs with doses of 300mg / day.

The recommended rations range from 350 retinol equivalents (RE) in children to 900 RE in nurses.

Vitamin E includes different forms of tocopherols: α, β, γ and δ tocopherol, although the most active is α-tocopherol; Vitamin E is absorbed in the small intestine, also thanks to the action of bile acids, up to 20-40% of the total ingested. In the blood, vitamin E moves bound to transport lipoproteins and the richest deposits in the body are made up of adipose tissue.

The antioxidant action of vitamin E consists in blocking the degeneration of polyunsaturated fatty acids (PUFA), including essential ones (AGE), activated by peroxylipidic free radicals; this SHIELDING action represents one of the major defenses that the body possesses against the stress of the AGE contained in the phospholipids of the cell membrane (for the same reason, tocopherols are frequently used as an antioxidant additive in vegetable oils rich in PUFA fatty acids).


Vitamin E deficiency is almost unknown and does not occur in normal individuals, while only intestinal disorders can be attributed to the pharmacological excess (> 2000mg / day).

Vitamin E is contained in lipids of vegetable origin; seeds and all dried fruit, some cereals, wheat germ, fresh fruit and vegetables, soy and peanuts are rich in it. Unfortunately, despite its popularity, vitamin E is also very sensitive; damage it: light, heat, alkaloids, iron and copper. For this reason it would be advisable to introduce with the diet at least 0,4mg of equivalent tocopherol (TE) for each gram of PUFA taken with the diet; eg. on a 2000kcal diet and relative 5,5-5,6g of PUFA, about 2,2-2,3mg / day of vitamin E would be needed.

Scientific research has now amply demonstrated that the deficiency of ACE vitamins (and to say the truth also of selenium) favors the onset of unfortunate events affecting the cardio-circulatory system. However, if it is true that the lack of antioxidants predisposes to ischemic heart disease, it is equally true that a diet rich in ACE vitamins is protective against myocardial infarction and atherogenesis in general.

Analyzing the importance of antioxidants in the diet, it emerged that there is an inverse relationship between plasma levels of antioxidant vitamins and MORTALITY for ischemic heart disease, as well as an inverse relationship between the consumption of FRESH fruit and VEGETABLES rich in antioxidant vitamins and cardiovascular MORTALITY; in addition, a correlation between low vitamin E levels and the presence of angina pectoris (heart pain) is also suspected.

This simply translates into a PROTECTIVE function of the antioxidant vitamins (and in particular of vitamin E) on atherosclerotic pathologies.

It's not all! Tocopherols also seem to hinder the oxidation of transport lipoproteins by preserving their integrity and efficiency, therefore also their natural uptake by hepatic and peripheral receptors, preventing their interstitial deposition as a trigger for atherogenesis.

Warning! The vitamin E supplement may be contraindicated in patients on ANTICOAGULANT treatment.

add a comment of Antioxidant Vitamins Against Heart Attack