Antagonist Muscles | Which ones are they?

Bodybuilding as it is known, is an art in continuous evolution, a spasmodic search for new and more effective training techniques, a continuous experimentation ...

Each athlete needs a personal plan, which adapts to their biomechanical characteristics, their goals and needs.

Alongside the most common training methods, undoubtedly known by most, there is another often underestimated if not even unknown by many: the training of the antagonist muscles. 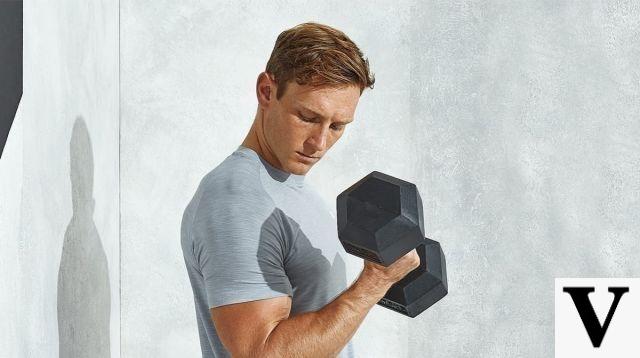 The human musculoskeletal system is nothing more than a system of bone levers, set in motion by the concert of the various muscle groups.

For it to be possible to perform any gesture, it is necessary to contract the muscle responsible for this function.

The antagonist muscle is none other than the muscle that opposes the movement produced by the agonist muscle during its contraction.

Agonist and antagonist form the so-called antigravity musculature, which allows you to maintain balance and posture.

For example, the quadriceps causes the distension (extension) of the lower limb and has as antagonists the flexor muscles that allow it to be bent; in the upper limb, on the other hand, an example of antagonist muscles are the brachial biceps and triceps, precisely because of their opposite action on the flexion-extension of the arm.

The antagonist muscles are controlled by particular reflex circuits at the level of the spinal cord, which deal with their excitation or inhibition in response to a possible relaxation or contraction of the agonist, so that the two muscles always work in opposite ways.

At this point, it is easy to understand which are the main antagonistic muscle groups:

Antagonist training was also used successfully by Arnold Schwarzenegger; he described in the book Arnold's Encyclopedia of Modern Bodybuilding the various split routines used in the heyday of his training.

In February 2005, a scientific study was published in the “Journal of Strength and Conditioning Research” on the importance of efficient coordination between antagonist muscles, to evaluate the effect caused by a possible weakness of the antagonist on the performance of the relative agonist.

It was decided to evaluate the effects of the combination, within the same training session, of a pushing and pulling movement, to measure any increase in power of the former.

Twenty-four rubgy players were selected, divided into a control and an experimental group.

While in the first group there was no difference in the power expressed in each of the tests performed, based on pushing movements, the experimental group, which had a pulling movement performed after the first test, showed an increase of 4,7 % of power, an absolutely significant value.

It was therefore assumed that the best performance was due to better muscle coordination with increased reciprocal inhibition that would allow maximizing efficiency. 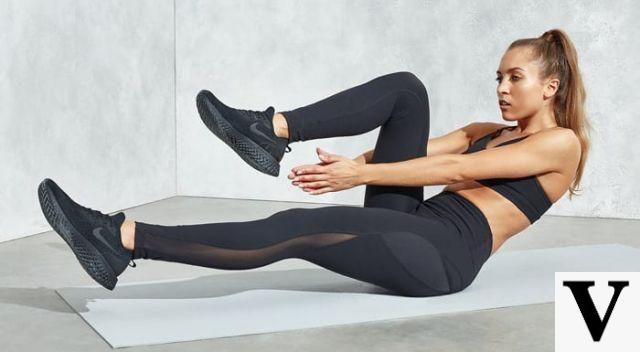 An effective method for training the antagonist muscles would be the Super Set; this is normally used to stimulate a single muscle group by performing two exercises without waiting for the normal recovery time.


The use of this technique for the training of the antagonists allows to obtain an excellent pumping, moreover it reduces the fatigue compared to the execution of a traditional series, increasing the work capacity even by 40% compared to a classic training: not only benefits in terms of strength and hypertrophy are obtained, there will also be a considerable saving of time and a better muscle recovery, as this technique favors the flow of blood to the antagonist while it is in activity, allowing you to remove the products faster metabolic waste and to supply the tissue with oxygen and nutrients.

Having said that, I propose below some examples for training the antagonist muscle groups.

In this workout you have to perform the first exercise and immediately after the second, then recover for the allotted time and start over until the end of the series.

Obviously the loads to be used are individual, but it is necessary to follow the card for four weeks, gradually increasing them; at the end of it, a week of active recovery is recommended with the same exercises but with a reduction of the load of about 20%.

There is no perfect training, not even the miraculous one ... there is, however, the training that best suits us, the one that will allow us to obtain the best results because it is more in keeping with our characteristics ... and, among all the most common protocols, antagonist training is undoubtedly one of the most underrated ones that I absolutely recommend trying.

Wondering if it is possible to train every day?

Audio Video Antagonist Muscles | Which ones are they?
Neck Muscles | How to train them? The Best Exercises To Practice ❯

add a comment of Antagonist Muscles | Which ones are they?