Analysis Paralysis: When thinking too much stops you 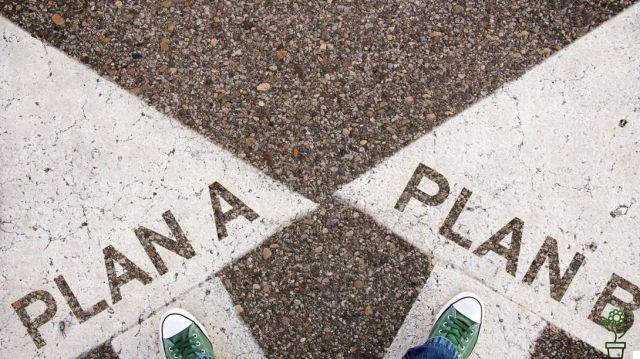 Our society exalts thought and reason, but in some cases thinking too much can be counterproductive and cause what in psychology is known as "analysis paralysis".

The concept itself is not new as it also inspired one of Aesop's famous fairy tales, a story that perfectly reflects what can happen to us when we have too many opportunities to choose from.

It once happened that a cat found himself in the forest with a fox. The fox, who despised the cat and wanted to prove his superiority, asked him how many ways to escape he knew.

- I only know one. I trust my agility. When dogs chase me, I know how to climb a tree and be safe.

- And that's all you know? Asked the haughty fox. Well, I know over a hundred tricks. I pity you; come with me and i will teach you different ways to escape from dogs.

At that precise moment a hunter appeared with his dogs. The cat, quickly and without thinking twice, jumped into a tree and hid in the branches.

The fox, on the other hand, thinking about what ploy to use, became easy prey for the dogs.

This fable shows us that sometimes it is better to know something useful, rather than considering a thousand options that are useless. It also shows us that when we are short on time, thinking too much can be harmful because it leads to analysis paralysis.

What is analysis paralysis?

It is said that during World War II, Winston Churchill, after hearing that boat designers spent most of their time discussing design variations, sent them this message: “The maxim: 'Nothing is better than perfection 'can mean paralysis ”.


He was referring to analysis paralysis, which is to think too much about a situation so that you never make a decision and act. When the decision is very complicated or we have too many opportunities available, we don't choose because we get stuck in the analysis phase, looking for the “perfect” solution.

The problem is that analysis paralysis creates a situation where the cost of thinking outweighs the benefits we could get by simply choosing a path. In other words: we lose more by getting stuck than we could lose by making a decision, even if it wasn't the best. In life, analysis paralysis can cause us to miss out on great opportunities and cause emotional and economic problems.

Why does analysis paralysis occur?

- Fear of making mistakes. Every day we have to make many decisions, some important and others irrelevant. All of these decisions generate anxiety, depending on the impact they have on our life. Fear of making a mistake and not being able to go back once a decision is made is a major cause of analysis paralysis. We want to be sure, but since we cannot have absolute certainty, we remain paralyzed in the analysis phase, incubating the fear of error, analyzing the consequences of different opportunities several times without choosing.

- Too much information. In modern society, the ability to choose is overestimated to the point that the amount of opportunities available to us overwhelms us. In fact, it is proven that the more opportunities a consumer has, the less likely he is to buy and the longer he will take the decision, if anything. In these cases, the problem is that we get lost in evaluating the many details to differentiate one possibility from another and, in the end, we end up exhausted and frustrated, which reduces our decision-making capacity.

- Tendency to perfectionism. Other times we get stuck because we pursue perfection, we want to finalize all the details before making the decision, because we want the result to be perfect.

- Aversion to the "opportunity cost". The “opportunity cost” is a concept used in economics to determine the value of the unselected option. It refers to what we lose when we choose another alternative. Often, focusing too much on what we give up, rather than what we get, prevents us from making a decision and condemns us to paralysis. In practice, we are blinded by the loss and forget the benefits.

Worst of all, we often make up excuses to justify analysis paralysis. For example, let's say we need more information to make a decision when the fear of making a mistake is actually blocking us. In these cases, it is important to be aware of what causes decision paralysis in order not to get stuck, worrying unnecessarily and wasting energy.

How to overcome decision paralysis?

- Set deadlines. When you need to make important decisions, it can help you set a deadline and stick to it. Set a prudent period of time to inform yourself and then make the decision. Remember Harold Geneen's words: "Better a good decision made quickly than making the best decision too late."

- Hold back your curiosity. The details are one of the main culprits of analysis paralysis, the desire to dig deeper and deeper into every new detail that arises. At some point, however, you have to stop, because the desire to deepen can lead to paralysis since there will always be something that you will not be able to know.

- Accept that the planets will never align. Conditions will never be optimal. Therefore, you have to assume that you have to decide with the data at your disposal. Don't wait to know everything or for the perfect time to come. Delaying the decision by waiting for the planets to line up may be just an excuse not to take the plunge.

- Don't seek perfection. “The best is the enemy of the good”, wrote Voltaire. If you insist on doing everything perfectly, you will end up being a victim of decision paralysis, since it is practically impossible to control all the details.

- Take it one step at a time. Instead of taking the decision as something final, take it as many small steps to be corrected as you go along. Making many small decisions will help you feel more comfortable and safe, as well as get you out of paralysis. In the military, for example, it doesn't really matter which direction you move when under a mortar attack, you just have to move. Do not think that you are making an important decision, because it could scare you, think that you are making many small decisions.

- Add or remove emotion. In some cases, it is necessary to add a little rationality to the decision-making process, in others a little insight. The best decisions are those thought objectively but validated by intuition. So, think about whether you are paralyzed because you are too rational or, on the contrary, too emotional.

- Prioritize important decisions. Sometimes we suffer from what is called decision fatigue, caused by having to make too many decisions in a very short time. Therefore, it is important to organize your day in such a way that you can make the most important decisions with a fresh mind.

English words to learn first: the 700+ that I propose ❯

add a comment of Analysis Paralysis: When thinking too much stops you