Amaranth, pseudocereal to be discovered 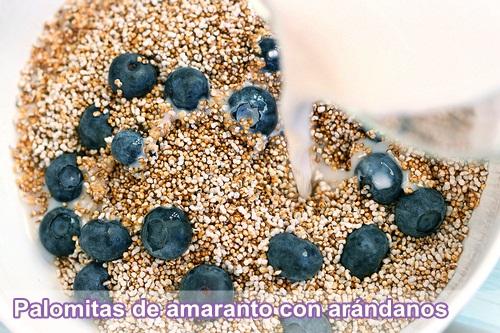 The name amaranth makes us think of two things: first of all it is immediately connected to the color called amaranth just like the pinkish red flowers of the plant in question; the other option is to immediately think about the little seeds of this kind of pseudocereals marketed for food purposes.

Literally the name of Greek origin means "imperishable flower". But let's focus on the seeds. As mentioned, it is not a cereal but a pseudocereal, like quinoa and chia, and as mentioned it is a botanical genus that includes many species.

Some of these are more suitable for cultivation for human consumption: Amaranthus caudatus, Amaranthus hypochundriacus and Amarantus cruentus. Just like the other pseudocereals mentioned above, amaranth is also native to Latin America, from the Peruvian area to be more precise.

The main difference between amaranth and other pseudocereals (and with cereals) concerns the size of the seed. Amaranth seeds are particularly small, very difficult to drain without getting lost in the drain, and therefore ideal for soups that do not require draining.

Another typical use of amaranth is dry pastry: its seeds can easily replace sesame many types of grains in the covering of bars and crunches.


Since the times of the Aztecs, amaranth was cultivated and consumed for the ease of harvesting, for the richness of proteins of vegetable origin, for the good quantity of calories and dietary fiber contained.

Already in ancient times, it was known that the amaranth leaves were rich in vitamin C and many trace elements.

Amaranth does not contain gluten, although inside it can be found traces of phytoelements considered as anti-nutritional compounds such as saponins, oxalates and tannins, which however reduce their effects following an appropriate cooking of the seed.

The nutritional principles of amaranth

Taking a look at the amaranth nutritional table, we note in the meantime that i fats it brings (amaranth oils) are almost exclusively polyunsaturated.

Continuing the analysis, we then note the large presence of proteins, with more than twenty different types of amino acids, among which glutamic acid stands out.

Moving on to vitamins, we note that Vitamia C is among the main ones, but it also contains many B vitamins, especially B5 and B9, but above all B6, so much so that 100 g of amaranth provide almost 50% of the daily B6 dose.

Amaranth is a pseudocereal very rich in trace elements: in fact, we can see large quantities of iron, magnesium, manganese, phosphorus and zinc.

Recently rose to prominence as gluten-free pseudocereal, we can take advantage of its commercialization for other benefits that amaranth is able to bring.


As we said, it is the richest in protein among other cereals and pseudocereals, not a small factor in a vegan diet especially if started at an early age.


Above all, it goes under the oil the presence of lysine, one of the amino acids that the human body is unable to synthesize.

If, on the other hand, we are not vegan and not even very young anymore, it will be interesting to discover that amaranth is an excellent tool for lower cholesterol and reduce the risk of cardiovascular problems, especially with regards to heart attack.

That wasn't enough, among cereals and pseudocereals, amaranth is one of the easiest to digest. Amaranth is recommended as food able to improve eyesight and to keep it healthy.

For this the addition of amaranth to a carrot soup, or a nice one breakfast of amaranth, yogurt and blueberries, are meals that never fail on the tables of eyeglass wearers.

add a comment of Amaranth, pseudocereal to be discovered