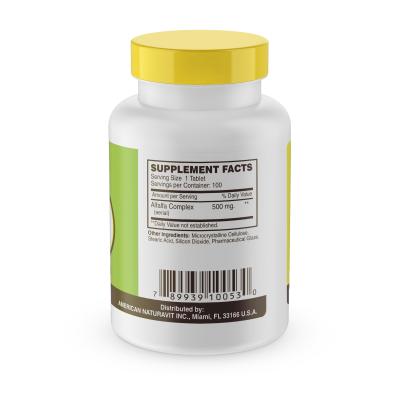 We know this particular protein supplement from the strong restorative properties: alfalfa, perhaps better known as Alpha-Alpha it is a perennial herbaceous plant that can reach almost 1 meter in height. It has the strength to grow even in inaccessible soils as it has strong and resistant roots capable of reaching unfathomable depths to hydrate and feed on precious mineral salts.

It is characterized by an erect stem with many lateral branches which, once cut, give life to new stems in a continuous regeneration.

These peculiarities already tell us a lot about the usefulness that alfalfa can represent for our body by analogy: a remedy to support us in case of need such as asthenia, physical exhaustion, convalescence, which allows us to regenerate!

THEalpha-alpha it is rich in many components: first of all protein in high doses, even higher than the quotas present in eggs, vitamine A, E, C, D, K, B1, B2, mineral salts such as football, selenium, potassium, phosphorus, zinc, copper, fibers, antioxidants, beta-carotene, saponins and chlorophyll.

A very rich, precious remedy, which can respond to various needs of the organism, but also act in a preventive manner, as supplement to be taken in spring for its regenerating value and in autumn for its restorative value.


These are in fact generally the two periods of the year when our body is physiologically under stress and needs to be supported.

Find out what other natural restorers are

What to use alfalfa for

With its high protein component it is an effective tonic to be taken in case of tiredness, asthenia, convalescence, stimulates the appetite.

Thanks to chlorophyll it is a suitable remedy in case of anemia, rich in mineral nutrients, oxygenates the blood and purifies it.

The component of saponins reduces cholesterol and triglycerides. Alfalfa is indicated in case of diabetes, it acts on the gastrointestinal system, facilitating digestion, counteracting the gastritis and soothing ulcers; it also purifies the breath, cleans the colon, purifies the liver and consequently strengthens nails and hair.

It is indicated in case of osteoporosis, thanks to the component of football and phytoestrogens such as cumestrolo.

Alfalfa is also used in case of renal insufficiency of dogs and cats.

It has no particular contraindications, but it can manifest interactions with some anticoagulant drugs, due to the vitamin K component which has an opposite action, prothrombin, and with drugs for diabetes.

How to take alfalfa

In general, taken before meals, alfalfa helps digestion, after meals it promotes the correct absorption of nutrients, away from meals it acts as a tonic tonic.

> Vegetable protein supplements: what they are and how to take them

> Vegetable proteins, what they are and where they are found

Audio Video Alfalfa: the protein-rich restorative supplement
Selenium supplements, what they are and when to take them ❯

add a comment of Alfalfa: the protein-rich restorative supplement