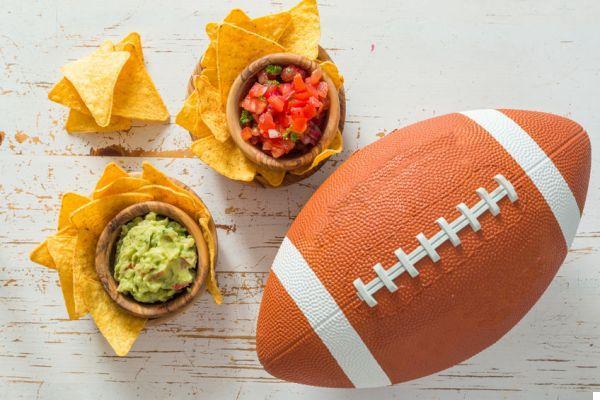 When Tom Brady, during the 51st Superbowl which took place on the night of Sunday 5th February, he sat on the bench and bowed his head to look at the pitch, many have wondered what he was thinking. I think I know. I was thinking about motivational speech by Al Pacino in the film “Every cursed Sunday”.

If you don't know him, we'll see him together soon. And if you already know it, it's time to review it and deepen it, to see why it is so important to your motivation.

But first, I'll briefly tell you how the game went.

On the pitch for the SuperBowl are rising star Matthew Ryan's Atlanta Falcons, and the New England Patriots, led by 39-year-old Tom Brady, perhaps the strongest Quarterback of all time.

Brady starts the game with a few lines of fever, and it shows: he and his team get it all wrong, and immediately go under heavily.

Hopefully things will change after the interval, and instead the situation is getting worse: it comes towards the end of the third quarter with the New England Patriots down 28 to 3.

More or less as if in the 70th minute of the Champions League final your team was losing 4 to zero.

"The match is over“, I am writing to a friend who is at home, while the television frames the fans of the Falcons and their owner: they have the unmistakable gaze of victory, lucky them!

The portrait of defeat

I am sitting in front of the television in a pub with friends.


We came to see Tom Brady do another of his exploits in what is probably his last final.

And instead here he is with his head bowed looking at the ground, on the bench, while waiting to return to the field.

The very image of a fallen hero.

And so, even if I rationally know that he is a millionaire with fame and success, it inevitably puts me a little sad.

The American TV commentator does not miss this iconic image: Brady is the very portrait of defeat, the one that will appear on the front pages of all American newspapers the next day.

Return from the realm of the dead

The Patriots score a first touch down, and in the pub the atmosphere is revived.

We subconsciously know that there are, however, no possibilities.

But the TouchDown is a great excuse not to go to sleep and be a little longer complaining about what could have been and was not.

Then everything happens: an interception of the ball on the opponent's play arrives, a ball grabbed an inch before it falls to the ground, and 2 more TouchDowns, the last one 57 seconds from the end.

We are on level 28 and the crowd at the stadium is in a frenzy.

The rest is history: it goes to extra time, and with 4 passes until the Touchdown, Tom Brady takes the title.


As I see him celebrate,  I wonder what went through his brain when with 18 minutes remaining he was on the bench with his head down, and 25 points behind.

I like to think he was reviewing Al Pacino's motivation speech, the one you will see in the next 4 minutes too.

Get comfortable, watch and listen.


Muy American, but not bad, right?

There are so many things that can be said about this brilliant motivational speech.

I just need to focus on two:

Centimeters, motivation and will

In his motivational speech Al Pacino hardly ever talks to his boys about what will happen if they win.

And not even it dazzles them by making them imagine how nice it would be to hold the trophy in your hand.

As well as it doesn't motivate them by making them think about money, interviews, fame.

And least of all asks him to do some of the bitches that motivational coaches and followers of the law of attraction sometimes suggest, like "visualize yourself winning".

In short, it does not motivate them “with the charm of the event”.

Instead, he speaks to him of inches. That is, the process that can lead to victory.


The motivation, between event and process

Why is this distinction between event and process important?

Why we focus too much on events: great and sometimes unexpected things that happen in a short period.

But you see, the reality is that success or victory are not events that happen by magic thanks to exceptional actions done once in a while.

Instead, they are the result of slow and small daily transformations, of habits and repeated efforts, of tiny results torn with great determination: centimeters, note, as Al Pacino says.

Which added to each other take you where you want to go.

Il motivational speech by Al Pacino It must therefore remind you, regardless of your goals, one thing:

you don't graduate with a night of study, you don't build love with a look or a catchphrase, you don't learn a language in a day, you don't lose 10 kg in a week, you don't win your dream job with an interview that went well ... ..

Rather one is needed long sequence of small decisions and efforts, carried on with the ability and the will to choose and motivate themselves every day.

Now, I'll tell you what.

While I like to think that Tom Brady, sitting head down on the bench, thought of Al Pacino's motivational speech to give himself a shock, I know he didn't win for that.

Sure, maybe it helped him remember how he got there, and find the right concentration. How can it help you to give yourself a shock when you need it.

But the real reasons Brady won his fifth Superbowl by returning from hell is that:

So, when you think of Al Pacino's motivational speech, don't think about your future victories, but think about the centimeters you have accumulated, and those that you have yet to accumulate.

Because Brady might as well lose the other night. Any detail would have been enough, at a certain point, for this to happen.

And certainly, as he stood with his head bowed to look at the pitch, he had also taken into account the defeat.

And perhaps he was also disheartened, because 25 points behind seemed like a huge distance to catch up.

However he also knew that all the inches he had accumulated in his life allowed him at least to try to win.

Here then, I would like you to always find yourself in this situation: the one in which you have taken into account the possibility of defeat, but you also know, deep down, that you have prepared yourself to win.

There is another thing about Al Pacino's motivational speech that I think is exceptional.

And that's when he talks about the team, and of the companion next to you.

Now, as American football is a team sport, it may seem like this is almost obvious. And that it has no relation to your life.

But that's not the case at all.

Why the motivation personal, the real one, it always needs to fit into something that is bigger than you.

What does the third element mean?

Something bigger than you

The third element, the greater purpose, is what Al Pacino talks about in his motivational speech.

And it means that when the motivation is simply self-referential ambition, it is inherently weak because it loses its meaning in the long run.

When, on the other hand, the motivation starts from yourself, but is also part of a larger drawing, then it's strong.

Tell me if I'm wrong, but I think, if you've watched the video to the end, the part that thrilled you most is the one where you talk about teammates.

And that's normal, because we humans are like this: it is 2 million years that we need our tribe. And if we don't have one, we suffer.

In post-game interviews, Tom Brady's teammates talked about how he had managed to lead each of them to victory.

And how, even under 28 to 3, no teammate would point his finger at one of the others. Even below 25 points, they remained a team, and as such they continued to play.

But even more beautiful were the interviews with the Falcons, the losers.

There was disappointment, but there were no accusations and recriminations. The Falcons were still a team too, because as such they had played and, unfortunately, lost.

And as such, still being a team, they were already thinking about the future and the rematch.

This is the very magic that happens when your motivation is part of a bigger project: it is easier for you to accept defeat and leave again because there is no time to spend too much time licking your wounds and feeling sorry for yourself.

And there is no time for these things because you know that your team and your biggest project still need you.

And then, whatever your goals, and even if you don't play on an American football team, ask yourself:

If answering these questions you find that you play alone and that your goals and ambitions are self-referential, then you will not be able to maintain motivation in the face of the challenge of passing time and inevitable setbacks.

One last thing: if you were to give a motivational speech to yourself, what would you tell yourself?

For example, do you know what centimeters of field you have to conquer?

They could be skills that you still have to acquire, habits you need to develop, things you need to learn or study….

Discover them, list them, make them clear in your head.

And then get to work on it, how Tom Brady worked 30 years on himself, as a football player and as a man, to amaze everyone once again, in the space of 15 minutes.

And then ask yourself,

"Which is the biggest project I want to be part of?"

Maybe it's your family, maybe it's the meaning you give to your work, maybe it's different things at the same time.

But the speech is the same as for the centimeters.

Discover them, list them, make them clear in your head.

And motivation will no longer be a problem. A greeting. Armando.