After watching “The Game Changers”, youtuber goes vegan for 180 days and the results amaze him too 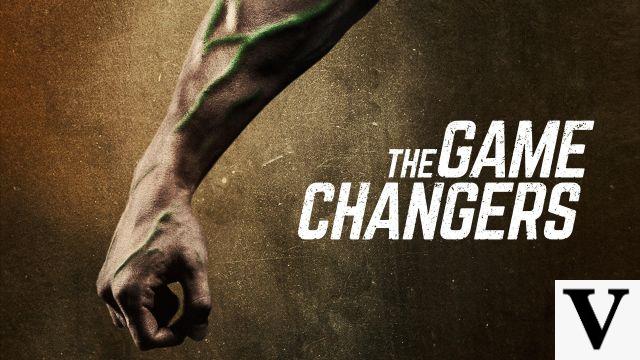 Who thinks that one vegan diet is an enemy of the growth of muscle mass could change its mind, as happened to a young American youtuber who decided to go vegan to do an experiment. Jonne Tiili manages the YouTube channel “The Unlazy Way”, which has 99.500 members. The boy, also very popular on Instagram, engages in a series of challenges of various kinds and creates very engaging videos to show his followers the outcome of his tests, many of which are of a sporting nature.

Some time ago, after watching the Netflix docufilm “The Game Changers” (which addresses the relationship between vegan diet and sport) decided to switch to a 100% vegan diet to see what impact it would have on her health, fitness and stamina during training. Thus, for 180 days he did not eat any meat or other animal derivatives and he recounted his experience in a video posted on his YouTube channel.

The results after 180 days of a vegan diet

“The first few weeks were pretty difficult” - says Jonne - “My stomach ached slightly, probably because the plants have so much fiber and my stomach wasn't used to it”.

The boy explains that he also developed some mouth ulcers and had chapped lips, symptoms he attributed to a lack of iron or vitamin B12.


After gradually getting used to vegan food and improving his cooking skills, Jomne followed some sort of routine, starting her day with a green smoothie, matcha tea, and oatmeal with fruit. For lunch and dinner he ate mostly pasta dishes or vegetable-based soups. Another recipe often prepared, especially in the evening, is the valerian root smoothie.

During her vegan phase, Jonne closely monitored her calorie intake, also taking plant-based protein supplements to meet her protein needs. “I was training a lot during that time, so I needed a lot of calories,” he explains.


In the first two months of the vegan diet, the boy lost about 4 kilos and then lost 9 in total at the end of the experiment. "In 180 days, I have become much fitter than ever" Jonne concludes, adding that she has reduced her body fat by 10%. Vegan eating also had an extremely positive effect on her energy levels. During the 180-day challenge, Jonne was able to run his first marathon, as well as the first 5km in 20 minutes.

As Jonne points out, obviously her incredible results don't depend solely on the vegan diet, which alone can't be enough. “It would not be possible to reach these goals by following a vegan diet. - he underlines - It is also necessary to train a lot ".

Audio Video After watching “The Game Changers”, youtuber goes vegan for 180 days and the results amaze him too
Here is Giuseppe, the artificial intelligence that will teach us how to eat vegan inspired by Arciboldo ❯

add a comment of After watching “The Game Changers”, youtuber goes vegan for 180 days and the results amaze him too