Acquafaba: what it is and how to prepare it 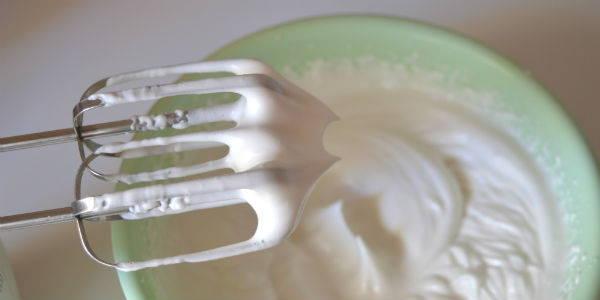 > Acquafaba, how to prepare it

The aquafaba is none other than the cooking liquid of some legumes, in particular of chickpeas, which can be whipped exactly as it happens with egg white.

Its name derives from the Latin words aqua and faba, that is water and beans, because in addition to chickpeas, the water in which the cannellini beans were cooked can also be used to prepare the acquafaba.

Once the acquafaba has been mounted until stiff, it can be used in various vegan recipes in place of the egg.

Joel Roessel, a tenor fond of vegetable cuisine, discovered the properties of the cooking water of some legumes during his experiments to find a valid substitute for eggs. In 2014 he noticed that the cooking water of some legumes, including chickpeas and cannellini beans, and the one in which the hearts of palm were cooked, could be whipped.
successfully, as happens with egg white.

Acquafaba consists mainly of proteins and starches dissolved in water and a small fraction of lipids.


Acquafaba, how to prepare it

Now that we have seen what acquafaba is, let's see the preparation procedure, which is really very simple.

The procedure for whipping the acquafaba until stiff is exactly like the one that allows you to whisk the egg whites until stiff. It is only necessary have one or two glasses of chickpea cooking water available or cannellini beans, a bowl and electric whisk.

The only precaution, especially if the acquafaba is to be used for sweet recipes, is to choose theunsalted legume cooking water.

The ideal would be to use the water of dried chickpeas cooked at home, but it is possible to buy it on the market chickpeas in a jar whose water is salt-free and other ingredients.

Once the cooking water has been recovered, it is passed through a colander to eliminate any legume residues and placed in a bowl. At this point it can be worked using electric whips for a few minutes, until its appearance will be completely similar to that of the whipped egg whites.

The structure similar to that of egg whites is given by the presence of proteins in the cooking liquid of the legumes and by the air incorporated by the water thanks to the use of electric whips.

Unlike egg whites, acquafaba does not remain stable for long, therefore it is preferable to use it immediately in recipes. Acquafaba can be added to cake and dessert mixes that involve the use of whipped eggs, in vegan recipes for sweet mousses and meringues or in the preparation of egg-free omelettes, to which it will give a soft and fluffy appearance.

Acquafaba brings a negligible amount of calories and is mainly composed of carbohydrates, proteins and micronutrients that are released from legumes during cooking.

The nutritional values ​​of acquafaba vary according to the starting legume used: for example lAcquafaba obtained from chickpeas contains about 60% of carbohydrates and 20% of proteins.

The protein fraction is about ten times lower than that of eggs, so acquafaba can be consumed by those who need to reduce the amount of protein to be taken but is not suitable for preparation of desserts that require a high quantity of whipped egg whites.

Acquafaba is also suitable for those who have chosen avegan food and to people suffering from egg protein allergy.

Audio Video Acquafaba: what it is and how to prepare it
How much ginger to take every day ❯

add a comment of Acquafaba: what it is and how to prepare it