Accepting negative emotions reduces their intensity, according to a study 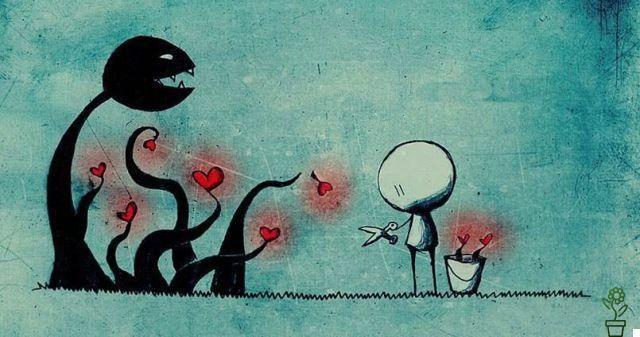 Anxiety, sadness, shame, guilt, fear, anguish, anger, resentment and resentment are some of the "negative" emotions that we usually experience in some moments of our life. When they attack us it is difficult to think clearly and get out of that emotional state. Often these emotions plunge us into a cycle that makes us feel even worse or even into a real emotional abduction. Should we try to fight them or just accept them?

Researchers at the universities of Toronto and California attempted to answer this question by analyzing whether the acceptance of negative emotions, an idea proposed by Buddhism and which is now also applying psychology, is actually associated with better mental health and a decline. of negative emotional states over time.

Acceptance protects us from stress

The study involved over 1.381 people, who were subjected to several experiments in which negative emotions were generated. Psychologists discovered in this way that accepting negative experiences correlates with a lower level of anxiety and depression, as well as a greater feeling of well-being and satisfaction in life.

In one of the experiments, the researchers measured the general level of people's acceptance of their negative thoughts and emotions. So they exposed them to various stressful situations.

They found that those who developed a higher level of acceptance experienced lower levels of stress and fewer negative feelings, meaning that acceptance plays a protective role against stress and adverse situations. Simply accepting what happens, instead of denying it, lessens its negative impact. Sigmund Freud had already said in fact: "repressed emotions never die, but they are buried alive and sooner or later they will come out in the worst way".

Acceptance as a way to have a more fulfilling life

In another experiment, psychologists monitored 200 of these people over a six-month period to see how acceptance affected their daily lives. They found that a high level of acceptance correlated with better mental health, less negative emotions over time, and greater satisfaction in life.


The acceptance to which these researchers refer is not a passive attitude through which we become victims of circumstances or emotions, but the ability to experience our emotional states without judging them and, therefore, without feeling guilty or ashamed of them. It is about taking note of our thoughts and emotions in order to let them go, so that we can minimize their negative influence.

Thus we are able to escape a double psychological bond, or in the words of Alan Watts, stop “suffering because one is afflicted and afraid of fear”. When we accept our thoughts and emotions, we no longer generate anxiety, fear or anguish.

In reality, this acceptance is rather a kind of mental detachment. The Chinese philosopher Chuang-tzu explained it very well: “the perfect man uses his mind as a mirror. It does not cling to anything, it refuses nothing. Receives, but does not keep ".

The key is to accept what happens. This does not mean that we have to adopt a submissive attitude, but we should be smart enough to take notice of what is happening and try to change what we can change at the lowest psychological cost.

Radical acceptance begins with being aware that judging our emotions, embarrassing us or feeling guilty about them will only increase our discomfort. Likewise, in many cases trying to fight them openly only reinforces them because we focus our attention on them, which puts us in a self-sustaining cycle.

Of course, it is a huge change on a psychological level, because the mental models they have instilled in us lead us to repress, judge and deny. When we are able to fully accept a small miracle happens, because in the apparent "surrender" we become stronger.

add a comment of Accepting negative emotions reduces their intensity, according to a study