About "priming": some Psychological experiments 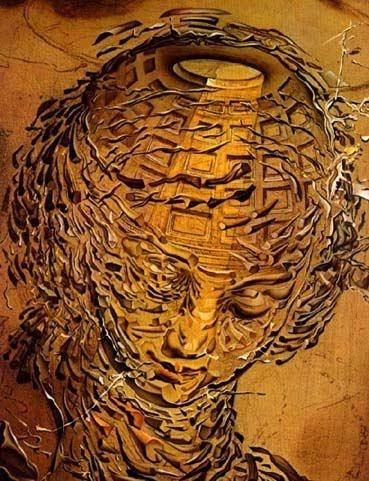 In previous articles I have referred a few times to "priming", it is probably a concept that is not very clear among all the less understandable ones of Psychology. So, I've made a list of some curious psychological experiments that use priming as a central idea. But before we get into the matter… what is priming? The term priming means the activation of certain mental representations before carrying out an activity. Neuropsychologically speaking it is the activation of groups of neurons (clusters) that are surrounded by other less strong connections. When a cluster is activated, it immediately sends a signal that propagates and causes related contents to appear in consciousness with a certain priority above any other information. In this way, if the cluster that represents the concept of "fish" is activated, it is very likely that images related to the different types of fish and the sea will appear in our mind rather than other images. As you can imagine, priming can alter our judgments and decisions, a good example of this are the experiments mentioned below: - A cup of coffee. A study was carried out at Yale University in which the perception of strangers was related to a cup of coffee. The volunteers were simply ushered into a room where there was a completely unknown person holding a book, a newspaper and a cup of cold or hot coffee with one hand. The experiment assistant asked the volunteers to support the cup of coffee. Later the volunteers read a person's profile and had to evaluate his characteristics. Surprisingly, even though the profile was identical for all volunteers, those who held the hot cup of coffee ensured that the person was warmer, more positive and open while those who held the cold cup of coffee stated that the person in the profile was freezing cold. selfish and competitive. Interesting isn't it !? - The smell of cleanliness. At the University of Ultrech in Germany, a group of fifty volunteers were asked to sit in a room to fill out a questionnaire. Hidden from their gaze was a bucket of water with a few drops of detergent that gave off a perceptible but very subtle aroma. Once the people had finished their task, they were offered a snack. Curiously, those who had been in the room with the scent of detergent took three times longer to consume the snack, turning and turning the tray, compared to those who had made the questionnaire in a room without any smell. The unconscious activation of the concept of cleanliness would make us more refractory to eat, especially those foods that are particularly healthy for the body. - The light. In British Columbia University the experiment was carried out starting from the manipulation of lights. The volunteers were white-skinned people but very flexible and tolerant, without "apparently" the slightest trace of racism. People had to stay in a room for a while, some immersed in darkness, others with the lights on. They were later shown photos of black-skinned people. Those who had been in the dark room considered the faces they saw to be much more dangerous and displayed certain racist tendencies than those who remained in the room with the light on. The mere fact of varying the light activated their most occult stereotypes. When we analyze these researches, which are only a very small example that suggests the relationship between consciousness and the subconscious, between manipulation and the manipulated, subliminal advertising really seems like a child's thing. Probably from now on we will all be more attentive to our environment and the possible "priming" that surround us.
Accept your bad mood to avoid emotional problems ❯

add a comment of About "priming": some Psychological experiments