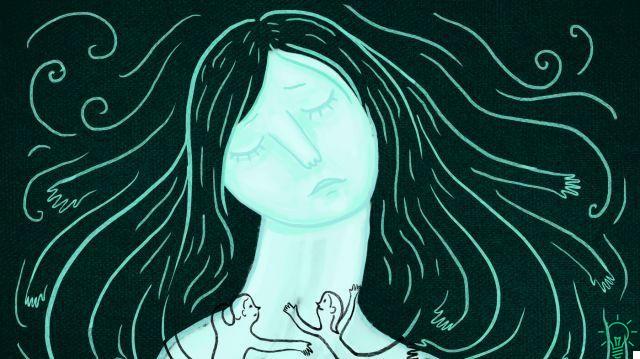 Depression is a rather insidious disorder that can end very badly, especially when you don't seek help. Unfortunately, suicide is still a taboo subject. But avoiding it doesn't make suicidal ideas go away, on the contrary, it projects a stigma on these thoughts that often discourages people from seeking help.

The risks of a bad sleepless night

“It is always comforting to think about suicide: this way you can endure more than one bad night,” said Friedrich Nietzsche. Now a new study conducted at the University of Manchester with people with depression has revealed that sleep problems are directly linked to suicidal thoughts.

Suicidal ideas are the result of a complex combination of several factors. However, in this research the psychologists analyzed the role of sleep, mainly because it is a "modifiable" risk factor.

The study involved 51 people suffering from major depression. They all wore special watches that monitored total sleep time, sleep efficiency, and sleep latency for a week. Each participant also had to keep a sleep diary, including their suicidal thoughts.

Researchers found that when people slept little and badly, they had more suicidal thoughts the next day, regardless of the severity of their depressive symptoms.

Why does sleep accentuate suicidal thoughts?

Sleep is very important for our physical and mental well-being. When we sleep, our body recovers from the fatigue of the day, but the most important change occurs in our brain, because, if on the one hand it gets rid of the waste products of the daytime metabolism, on the other it processes the experiences we have lived during the day. , subtracting some of their emotional impact.


This means that when we sleep, a part of our brain processes what happened to us, converting those experiences into narrative experiences that we can insert into our life story. When that processing does not take place, negative experiences remain active, taking their emotional load with them, which probably contributes to making us see the world even more gray.

Sleep disturbances are quite common in people suffering from mental disorders, not only in depression but also in anxiety. The good news is that there are not only sleeping pills but also natural therapies such as yoga and meditation that significantly improve sleep quality.

A relationship is not destroyed by conflict, but by emotional distance ❯