7 fundamental changes to stop being on the defensive 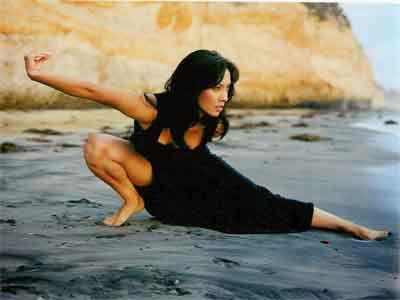 Being aware that we are on the defensive is the first step, but it is certainly not enough to eradicate this attitude. Therefore, it is important that you are really willing to understand if you really believe you are achieving something with this attitude or, on the contrary, if this is an obstacle to your interpersonal relationships that also prevents you from maturing. If you keep looking for excuses for your defensive attitude then you are not yet willing to change, you still have too many doubts and fears that prevent you from adopting a more open and open attitude to dialogue. On the other hand, if you have realized that being on the defensive leads nowhere, then you are probably ready for change.

How to stop being on the defensive?

1. Assuming that people are not adversaries. It's important to understand that relationships don't have to be a battlefield. When you assume that there must be a winner and a loser in a conversation, then you're going to be defensive, because obviously, you don't want to be the loser. Thinking instead that they are only exchanging points of view that can enrich both, will allow you to take a more relaxed and open attitude to the ideas of the other.

2. Asking, when the message is not well understood. One should not rely on assumptions, because these tend to depend on one's own vision of the world which does not always coincide with that of the other person. When you do not understand some words or behaviors that seem strange to us, then it is better to ask the other what he meant before drawing conclusions.

3. Keeping emotions in check. Often people who are always on the defensive are very emotional and overreact to environmental stimuli. In this regard, for example, mindfulness techniques can help you manage your emotions more assertively.

4. Developing your self-esteem. At the base of the defensive attitude usually hides a deep sense of insecurity and the belief that we will still be trampled on. When we have healthy self-esteem and are confident in our abilities, we tend to be more open and receptive. Considering criticism as advice. People who are often on the defensive fear criticism because they perceive it as an attack on their integrity. Certainly there are people who are unable to express a negative opinion in an assertive way, but you can learn to put aside the way to focus on the message. Does the message contain valuable advice that will allow you to correct a mistake and grow as a person? 5. Building trust. Being on the defensive means, in some ways, having a pessimistic view of the world and thinking that everyone is angry with us. However, a leap of faith is needed from time to time, to dare to trust people and their goodwill. It is not a question of adopting a simplistic and good-natured attitude, but simply of giving an opportunity to others so that they can express who they are and what they want instead of clipping their wings before they have even taken off. Relaxing. Stress, tension, and conflict can cause you to become defensive. It is normal, because when we are in these situations, the brain is unable to evaluate the details of the situations with extreme precision and reacts impulsively, generating an attack or flight response. Learning relaxation techniques will help you to face the day more calmly.It is evident that these changes do not happen overnight, because they require a profound cognitive restructuring. However, if we remain attentive and aware of our reactions and learn to control the first impulse that pushes us to attack and refute the arguments of others little by little, we will adopt an attitude more open to dialogue that will only bring us benefits.
7 things that will change your life forever ❯