5 wild herbs to collect and cook

Nature offers many wild herbs and plants that we can recognize, collect and use for cooking cheap and zero-kilometer recipes.

Where and how to collect wild herbs

Collect wild herbs allows us to cook by the kilometer and at no cost and to take walks in natural places, but there collection it must be done safely and with respect for nature.

Wild herbs should only be harvested if you are sure you have identified the exact species: if you are afraid of not recognizing the species in an absolutely certain way, let yourself be guided by an expert person, such as a herbalist, a botanist or a long-experienced collector.

Many species are in fact similar to each other and sometimes similar species differ in the content of active ingredients, which in some cases can be toxic and very dangerous.

When collect wild herbs and plants collect only the quantities needed for your consumption and always leave some specimens of the plant; uproot the root only if the root is the part to be used, otherwise collect only the leaves or flowers.

Collect wild herbs and plants away from polluted places, cities and cultivated fields: wear hiking shoes and bring with you a serrated knife, a pair of gloves and containers suitable for transporting the collected herbs (paper bags, cardboard boxes or a wicker basket).
Finally, find out in advance about any rules related to the collection of wild herbs of the territory, do not collect protected or endangered species and do not abandon waste during collection.

5 herbs that are easy to recognize, harvest and cook

La stellaria (Stellaria media) is a spontaneous perennial herb very common in meadows, fields and vegetable gardens. Stellaria is easily recognized during flowering, as it produces small white flowers at the top of the stems: the flowers have five petals and resemble small ten-pointed stars.

Of the stellar the leaves and stems are consumed; the stems must be collected before flowering, when they are more tender, while the leaves can be collected and consumed even after flowering. For collect the stellaria the stems are torn one by one, or the tops are cut with a knife or a pair of scissors. The bunches of stellaria, once washed, are eaten whole in salads, discarding the stems if harvested after flowering. 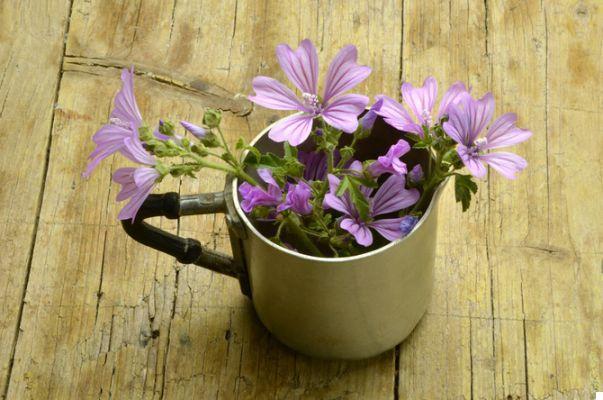 La mallow (Malva silvestris) is a biennial or perennial plant that grows in meadows and fields especially from spring onwards. Mallow is easily recognizable after flowering thanks to the pink-violet streaked five-petaled flowers; flowering generally occurs in May. Mallow the most tender leaves, flowers and stems are collected.

The leaves can be eaten raw in mixed salads or cooked; given the presence of mucilage, cooked mallow leaves are used to thicken soups. Mallow flowers can be used to garnish salads and other dishes instead.


Le leaves and flowers of mallow they can also be dried and used to prepare emollient herbal teas useful for disorders of the gastrointestinal system and throat. 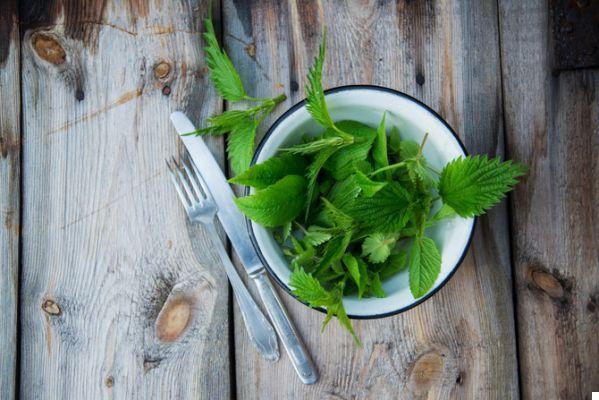 THEnettle (Urtica dioica) is a very common and well-known biennial or perennial herbaceous plant, easily recognizable due to its stinging power, which makes us learn to avoid it at a very young age.

The jets of the nettle can be collected in the spring by strictly wearing gloves and, once washed, they can be cooked in boiling water or steam for about ten minutes and used for cooking.

neutralize the stinging power of the nettle, this should be washed in a basin by stirring it with a ladle.

Once cooked, nettle is excellent for preparing quiches, omelettes, crepes, ravioli or even as a simple side dish seasoned with oil and salt. 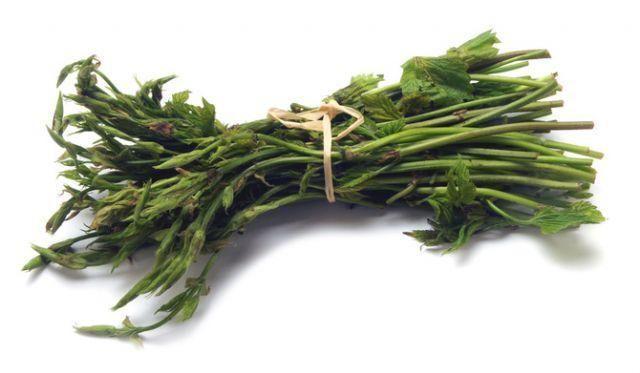 Il hop (Humulus lupulus) is a perennial climbing plant that grows wild throughout the country and that is cultivated for the use of female inflorescences in the production of beer.
In spring the young leaves and shoots are collected that climb on supports, on other plants or on themselves; the young leaves are eaten raw in mixed salads, or blanched in water and enjoyed with other leafy vegetables; the sprouts are steamed or boiled and eaten like asparagus, then sautéed in a pan or in the preparation of omelettes, risottos, quiches or soups.

In summer, the female inflorescences of hops can also be harvested, which are used to flavor alcoholic beverages such as homemade brandies and liqueurs.
Hops are also used in herbal medicine, especially for the sedative action in the treatment of anxiety and insomnia and to combat disorders related to menopause. 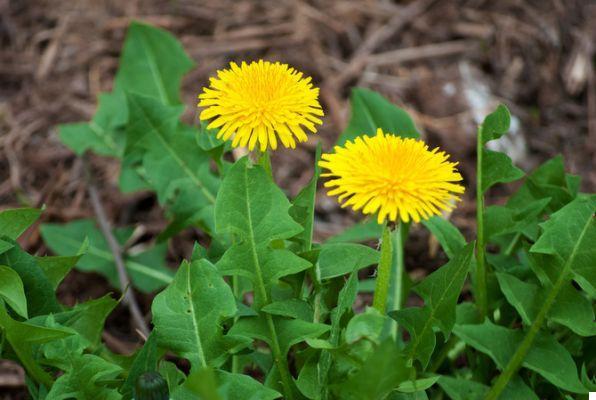 Il dandelion (Taraxacum officinale), also known as shower head or bed pad, is another herbaceous plant very common in lawns and gardens. It is easily recognized after flowering due to the yellow inflorescence from which the famous dandelions then develop.
Some dandelion the whole plant is collected and consumed.

The leaves are harvested before flowering, then in early spring; they are bitter and eaten raw added to mixed salads or boiled in water, sautéed in a pan with oil and garlic and used to prepare omelettes or savory pies. The flowers can be collected either in bud - and in this case they are used raw or cooked or pickled - or when they are already open, using them raw to garnish salads after removing the green bracts.

The roots are harvested when the plant is young and are eaten raw, cut into thin slices and added to salads, or cooked and seasoned with oil and salt; the dandelion root is particularly bitter, especially when raw. With the roasted dandelion root you can also prepare dandelion coffee, a coffee substitute.

Il dandelion it is also used in herbal medicine for its diuretic, choleretic and anti-inflammatory properties.

add a comment of 5 wild herbs to collect and cook