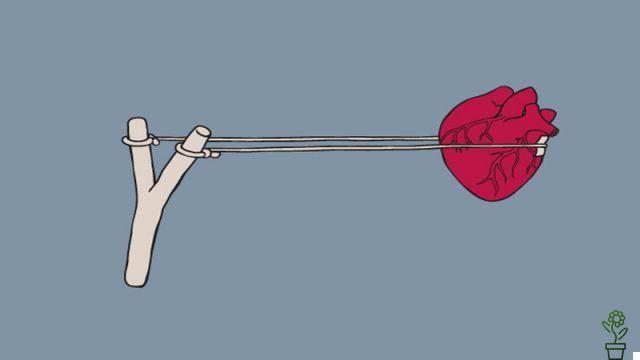 The abuse is not only physical, it can also be emotional, mental and verbal. However, while physical violence is obvious, other types of abuse are more subtle and difficult to detect, even for the person experiencing them. Furthermore, the main problem is that often emotional abuse it is committed by a close person, whom we love, and from whom we do not expect such behavior. So when we realize it is because we are already entangled in the cobweb it has built around us.It usually starts with a casual remark about a trivial matter, like the color of the curtains, washing the dishes or taking the car to the mechanic. . That person will try to isolate the situation from context and, rather than just report a fact, will make an accusation to make the other person feel bad.Of course, when someone feels accused they usually try to explain their reasons for defending themselves. But that won't help because the accuser doesn't pretend to understand or solve the problem, he just wants to attack it. In fact, his goal is not for the other person to wash the dishes or take the car to the mechanic, these are just excuses to start the manipulation game and unleash his anger.

Puppets in the Hands of Others: The Most Harmful Manipulation Techniques

1. Gaslighting. This term comes from the play "Gas Light", in which the protagonist tried to convince his wife that he was crazy by manipulating different objects in the environment and insisting that she was wrong when she pointed out these changes. person makes sure to present false information to make us question our memory and perception and, ultimately, our mental health as well. The attacker usually begins by denying that certain events have occurred to the point of creating ambiguous situations that confuse the victim. In this way we end up doubting even what we said a minute ago.
2. Silence. Silence can also be used as an emotional abuse tactic. In fact, the indifference associated with silence causes deep emotional wounds, because it not only increases the level of anxiety in the victim, but also severely damages their self-esteem and causes enormous insecurity.The aggressor uses silence to punish the victim by not responding. showing himself cold and distant. So, he completely pulls the rope until the other person can't take it anymore and ends up apologizing for something he didn't do. Thus the author achieves his goal: to dominate and manipulate by playing with emotions.
3. Projection. Basically, it is a defense mechanism through which we attribute to others desires and feelings that belong to us, but that we do not recognize as our own because they would distort the image we have of ourselves. Then, we project them onto others so we feel more relieved. In emotional abuse the person does nothing but project their insecurities, fears and problems onto the victim. Therefore, he accuses the other person of lying, when in reality he is the one who lies, or he will accuse him of being unfaithful, when in reality it is she who is cheating on him. In practice, he makes sure to shift his responsibility onto the other, to create confusion and change the image he has of himself.
4. Hidden intimidation. The person who uses emotional abuse tactics rarely resorts to aggression and violence, or at least not in an obvious way, because the main purpose is to manipulate the victim without his image being damaged. Therefore, he often resorts to covert intimidation.It is easy to understand because the conversation is full of indirect threats that are implicit in his words. In this way he makes his victim understand what the consequences of his actions are and, incidentally, emphasizes that the responsibility is his alone. He could use phrases such as "I understand that you are not doing anything, but this will end our relationship" or "If you don't invest now you will lose all your money".
5. Victimism. When all the tactics mentioned above fail, the manipulator often resorts to victimization. In practice, he discharges his responsibilities on the other, presenting himself as the victim of the situation. In fact, we often end up feeling sorry for our behavior even when we have done nothing wrong, thus generating a sense of guilt that keeps the victim in his or her web. Empathy makes us fall into its net and we are more likely to give in to its demands. So he manipulates us without us realizing it. Some typical phrases of this type of emotional manipulation are: "With everything I've done for you, is this how you thank me?" or "I sacrificed myself for you and do you reward me in this way?" PS Always remember that emotional manipulation is a very dangerous game, in which there is always someone who is damaged. Therefore, as soon as you notice some of these tactics, put a stop to them. At the same time, remember that often we are the ones who subconsciously use some of these strategies, perhaps because we are afraid of losing the person we love or because we do not have enough arguments. In this case, do an examination of conscience because manipulation is never the best alternative.

Find out how to defend yourself from manipulators by learning to recognize and manage them by reading this book. 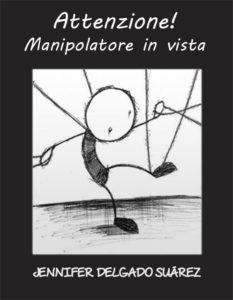 add a comment of 5 emotional abuse tactics that go unnoticed