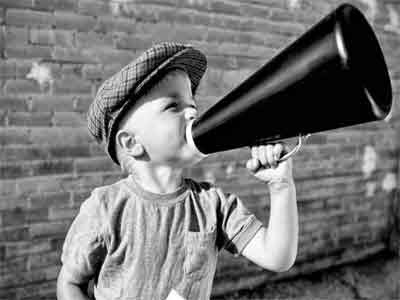 Convincing someone is not always easy, even if we use the most appropriate arguments. Persuasion is an exquisite mix of intuition and art, logic and emotion. To be convincing, we must first of all develop empathy; if we are not able to put ourselves in the place of another we will not know how to make the best use of our reasons. However, there are some persuasion techniques that can help us convince people, these are techniques that can be considered unusual but no less effective.

As the name suggests, the goal of this technique is to label the person you want to convince by asking him a question.

The idea is to look for a positive characteristic of your interlocutor, which is in tune with what you will ask him later. The interesting thing is that in many cases it is not even necessary to be sure that the person has this characteristic, sometimes it is enough that it is a positive social attribute. For example, you can ask a person if he is patient and when he answers yes, he is asked to give you a few minutes of his time or to do you a certain favor.

This technique was first tested in the 60s. Investigators knocked on the door of some California state residents to ask if they would agree to welcome a large advertising board in their garden, the sign encouraging people to drive safely. Only 17% accepted. They later changed their strategy: they first displayed a much smaller sign asking people if they would accept it. Most people said yes. A few weeks later the researchers returned with the larger cartels and, surprisingly, 76% of people accepted them anyway. Because?


This technique appeals to the concept that each person has of himself and to the principle of consistency, according to which once a decision has been made (especially in front of witnesses), one feels compelled to be consistent. The key to using this persuasion technique is simply to find the right label for the person who, at the same time, responds to our ultimate goal.

Social relationships are like a couple dance in which each anticipates the other by preparing a response. In an argument, when we try to convince someone, the same principle applies. What would happen if one of the two came out of the "script" we are used to?

In 1999, some psychologists tested what happens when you try to get someone to break out of convention. These researchers took it upon themselves to sell lottery tickets for a local charity. However, they employed two different strategies; with some people they took a traditional approach: they told them they could buy 8 tickets for the price of 3 dollars. They sold 40% of it.

The second strategy was to confuse people and change the proposal; they offered 8 tickets at the price of 300 cents, and immediately added: "It's a real bargain!". As a result, they sold 80% of the tickets. Because?

When a disruptive element intervenes for which we were not prepared, our mind is forced to change the reasoning model. At that point, cognitive overload occurs and we are more inclined to accept any suggestions that may seem reasonable enough to us.

Sometimes it's hard to get people to listen. How can you convince someone who won't allow you to present your reasons? The answer is simple: putting arguments in his mouth, because people usually pay more attention to their own arguments than to those of the other person, especially when they try to be right at all costs.

In fact, it's not as strange as it sounds. In fact, many people apply this persuasion technique instinctively, a classic example is when the mother does not directly scold the child for doing something wrong, but asks him to reflect on his behavior.

Back in 1954, a group of psychologists wondered if this persuasion technique was really that effective. To verify this, they developed a simple experiment: they created groups of three people and chose different topics at random. One of the three had to convince the other two by offering arguments relating to the theme he had to defend. Eventually the positions of the participants were assessed and, to the astonishment of the researchers, those who had simply listened were not very much in favor while those who had "spoken" were much more convinced.

This experiment suggests that the most compelling reasons come from ourselves, even if they are not in line with our beliefs. So the next time you want to convince someone, don't get defensive trying to refute their arguments, let them do all the work, just guide them.

The size of the smartphone determines your level of assertiveness