3 self-imposed limits that you absolutely must face and eliminate 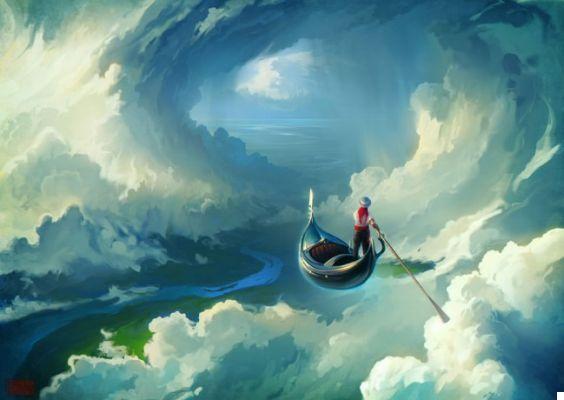 To be successful you need to work on yourself in order to eliminate a series of self-imposed limits that hinder our personal growth. There are three main limitations that people usually impose themselves on them and that they would go addressed.

No limits except the sky.

The first major limitation is that of procrastinate, which is very harmful to oneself mainly because of thecumulative effect: When we postpone the execution or completion of some small task, we don't give it that much importance. And even if a few days we postpone what to do, we don't have the impression of having been unproductive. But accumulating a certain number of these days can lead to a disastrous year! What you can do today, do it! Don't think that “nothing changes anyway”. Small postponements that accumulate lead to big changes, unfortunately in the negative!

Another self-imposed limit is the fault. We always have a time when we are tempted to blame someone for something. There is even who blames objects! A few days ago I saw a person who walked absentmindedly hit a bench with his knee; he had practically never seen her. Angered by that small but unpleasant incident, he cursed the bench, whose alleged fault was simply being there. This anecdote gives an idea of ​​how people are always ready to blame something that is external to them. On the other hand, it has been like this since the dawn of existence, starting from that distant garden with the forbidden fruit in which the man (Adam) said “It was the woman (Eve). She's the one who persuaded me. " And the woman, in turn, blamed the snake.

But why are we always pointing fingers instead of looking at ourselves? The truth is that the ego intends to defend itself and thus, attributing the blame to external circumstances, we avoid facing our weaknesses and shortcomings. In the past, when, for example, I saw something I liked but could not allow it, I used to say that "it cost too much". The problem for me, therefore, was the good or service on duty whose price was not within the reach of my finances. I didn't realize that the problem itself wasn't the cost of what I wanted, but the fact that I couldn't afford it. If you keep putting the blame on an item that we can't afford to buy, we'll always run out of money. We will never earn enough. But when you change your perspective and start thinking in terms of "I" and no longer "good or service" then you begin to grow, both personally and financially! If you want to learn more about the importance of knowing how to take 100% responsibility for your life you can read this other article.

Le apologies they are close relatives of the faults. Try to imagine how many excuses exist? Exactly: million! I recently discovered that among the most searched key phrases on the Google search engine are the following: "excuses not to go out", "excuses to justify a delay", "excuses to change jobs", "excuses for not going to work" , “Excuses for not going to school”, and so on. It is evident that the people abuse excuses: there are, in fact, for all situations! Seeking excuses and doing the impossible to avoid having to face the truth is a infantile as well as unproductive way to relate to others and to life. You don't have to look for excuses; you must responsibly deal with the consequence of your actions. Anyone who makes or seeks excuses is a loser! So rather than making excuses, create productive relationships, ideas for making money, a discipline to stick to, and so on. You are so good when you have to find an excuse; why don't you become just as good, capable and creative at working on your personal growth?

Answer this question sincerely: What do you intend to do, starting today, to be better? The main point of the matter is the following: if you don't get rid of self-imposed limits, the next few years will be more or less the same as those just passed, with the aggravating circumstance that you will be older. Instead, By taking responsibility and breaking free from self-imposed limitations, you can become a better person in the coming years.

The deception of self-imposed limits

Many people have low self-confidence: they do not believe in their abilities and do not feel up to great goals. But all this is false and does not correspond to the truth. It is a real one deception or better than a self-sabotage. You can do the most extraordinary things, in spite of any adversity you will encounter on your path. When people are called upon to do so, they can overcome their limits and perform unprecedented feats. This is extraordinary! Do not you think? Imagine a man who survives in a situation on the verge of survival because he dreams of seeing his family members; a woman who to save her son throws herself into the flames, leaving both her and her son alive; an immigrant who crosses the whole desert or the ocean (as our great grandparents did) out of the desire to start a new life, away from hunger, misery and despair. Even children can do extraordinary things: try to keep a child away from the monitor of a TV, tablet or mobile phone, and give him a mental and physical challenge; as he grows up, he will become a magnificent person and will be able to bring out his most hidden talents.


How to change by exceeding self-imposed limits

The truth is that the people can do extraordinary things because they are extraordinary! You, me and any other person can turn a trifle into something else, a little money into a fortune, a defeat into a triumph. When an animal has something then it always and only ends up with the same thing, unless it destroys it. This is because an animal has no creative abilities. Human skills, on the other hand, allow anyone to create, but to be creative you have to draw on your inner resources: they are there waiting to be discovered and used. Once brought to the surface, your skills will allow you to change everything there is to change. You are not a plant or an animal that lives by inertia or by instinct. You are a human being, the result of an extraordinary creation, but a creation that you must not waste! If you are not satisfied with your current situation, change it! If there is something you don't like about your life, change it! If there is something not suitable for you, change it! If there is something insufficient, change it! You can change everything for the better if you first change yourself for the better.

Change is the result of an evolutionary process made up of small imperceptible steps. If you want to change for the better, all you have to do is take small steps in the right direction. By changing even a few habits a day, you will gradually approach the desired success. Reverse the course of your existence from today! Accept a few small challenges every day and the progress you make will be extraordinary. Would you like to lose weight? Start eating the bread without spreading butter on it or putting mortadella on it. Do you want to quit smoking? Start by smoking one less cigarette every day. Do you want to go on a trip? Start by setting aside 20 euros a week. Do you want to be on time? Start with getting up half an hour earlier. Do you want to make an amazing sale that makes you rich? Well, start with a $ 50 sale.

See, iIn the end, changing is not that difficult! It takes very little. So what are you waiting for to undertake your small but big changes?