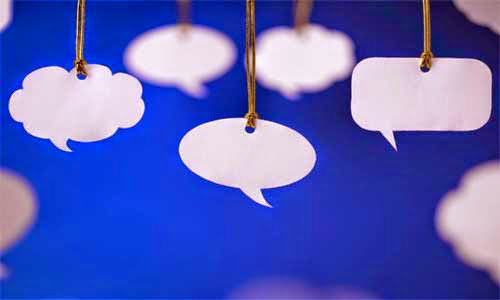 The curious fact is that learning a language is not only a rational process, but is subject to many factors, some of which go beyond our consciousness, but fortunately the latest research has brought them to light.

When we live in a foreign country, seeing things or people that remind us of our country makes us feel safe. However, a Columbia University study found that familiarity reduces our ability to speak a foreign language. Psychologists conducted a series of curious experiments on some young Chinese who were studying in American universities.

Some were asked to simulate a conversation with a person, only in some cases they were given a photo of a person with Caucasian features and in other cases Asian. In this way it could be appreciated that fluency and grammatical quality were compromised when the person saw a face with familiar somatic features. The same happened when they had to describe a monument of their native country or when they were approached with an object familiar in their culture.

Researchers believe this effect is due to the priming phenomenon. That is, the memories of the culture of origin would activate the mother tongue, which would interfere with the foreign language, also affecting the understanding of the latter.

2. Speaking to memorize sentences and get the accent


Getting the accent is usually one of the most complicated steps in the process of learning a foreign language. Normally teachers advise us to listen and practice, but sometimes constant mistakes and failures make us feel stupid and discourage us. But now a study carried out at the Université de la Méditerranée shows us that this strategy is not entirely certain, the ideal would be to use music.

The researchers created some nonsense words consisting of 11 syllables, recorded them and then broadcast them to people for 7 minutes. They later asked them to identify these words within a speech. Most people couldn't do it. However, that all changed when the researchers associated a melody with the words. Back then people were able to detect 64% of the words, indicating that they were appropriating the accent.

Of course, this isn't the only study that links music to learning a new language. An experiment conducted at the University of Edinburgh has shown that people who learn a foreign language through music take twice as long as those who just repeat them. This is because music is usually more motivating for us, it attracts our attention, engages the emotions and activates parts of the brain that are not activated by simple repetition.

3. Concentrate only on speaking

It may seem like a contradiction, but the truth is that when you are learning a foreign language, focusing solely on speaking can be counterproductive. This was evidenced by a curious experiment conducted at the University of Ottawa, which involved 106 students who wanted to learn French. Half of these were taught traditional lessons, which allowed them to listen and speak. The other half had the same teacher, but the lessons centered on listening.


Over time, even though all the students had started at the same level, those who concentrated mainly on learning to listen had improved a lot, not only had they acquired more vocabulary but understood better and spoke more fluently. The key is to make predictions on the topic in question before starting the conversation and adopt an "active listening" attitude. In this way you can stay focused without being confused by details that you do not understand, and you proceed by appropriating the general sense. Gradually, we move from the perception of the essential to a more detailed understanding without too much pressure.

3 golden rules for dealing with conflicts in relationships ❯