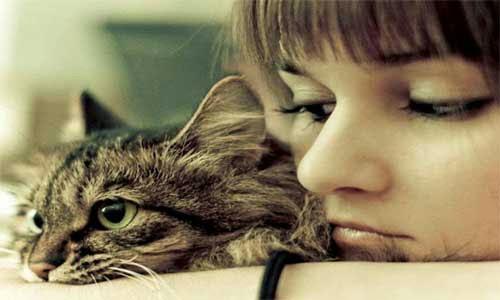 It is likely that on more than one occasion you have experienced that feeling of emptiness, of not knowing what to do, not finding satisfaction in ordinary things and feeling bored to tears. However, boredom is not just a lack of interest in things, its consequences are much deeper as well as the causes. These are some of the effects of boredom:
1. It alters the perception of time Researchers at the University of Waterloo, Canada, recruited 476 students and asked them to complete a questionnaire with 28 questions designed to generate the feeling of boredom, and then had to complete an operation in which they assessed the speed with which they changed attention. : they had to decipher a letter or two in a string of numbers that passed through a computer screen. It is worth remembering that, in principle, our brain has limited resources in terms of attention, so if the second letter arrives too soon we will not be able to detect it, it is what is known as: "interruption of attention The participants then had to look at a point moving around a circle by evaluating how many seconds this movement lasted. Interestingly, the people who showed the most signs of boredom had no difficulty in spotting the letters, indicating that their attention was working well, but the time estimates were excessive. This shows that it is not an exclusively subjective feeling, when we are bored time is much slower.
2. Stimulate creativity Boredom doesn't have to be bad. In fact, as much as it bothers us to be bored, a study done at the University of Central Lancashire showed that this state is conducive to creativity. How did these conclusions come about? These researchers recruited 170 people. Half of these were asked to copy numbers from a phone book for 15 minutes, enough to bore them. Instead, the other half moved directly into creative activity. Everyone was asked to list the uses they could make of a Styrofoam cup. At this point an unexpected result appeared: the most bored people not only proposed a greater number of uses but these were also more original. Why? Researchers say that boredom is a sign that we are stuck and need new goals, so finding them is likely to approach the activity with a more positive attitude and more enthusiasm. It is not surprising at this point that some great writers claim that to find inspiration they need to go through a period of boredom, during which they feel stuck, and finally the right idea appears.
3. Reveals a lack of self-knowledge We tend to think that boredom is linked to the lack of environmental stimuli around us but a study carried out at the University of York, in Toronto, indicates another thing: boredom would be linked to the lack of connection with our emotions, a problem that denotes a lack of self-knowledge. To reach these conclusions, the researchers asked 204 people to fill out a questionnaire in which they assessed their tendency to fall victim to boredom, as well as the level of awareness of their emotions and the tendency to focus on oneself or the surrounding environment, resulting in a significant correlation between boredom and the tendency to concentrate in the environment. Those used to being bored also showed greater difficulty in recognizing and managing their emotions. In reality, if you think about it, this is not an unusual discovery since when we tend to identify the sources of our satisfaction on the outside it is likely that when we are alone with ourselves or when the stimuli cease to be interesting boredom intervenes. Therefore, boredom can also be a signal that you need to reconnect with your inner world, rediscover your emotions and spend more time with yourself.
3 Effects of Emotional Intelligence on Your Behavior ❯