3 contradictions of the mind that we cannot escape 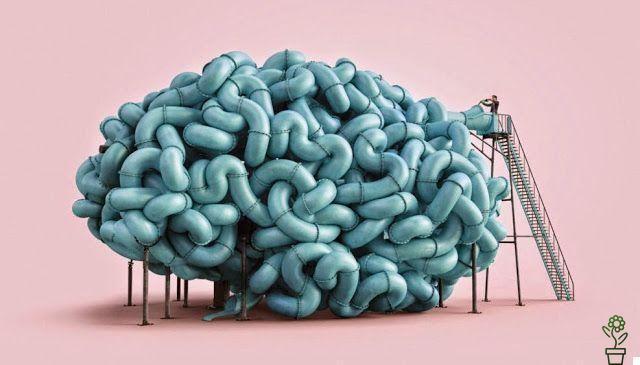 The human mind is incredible, the more we study it, the more new secrets it reveals to us. But perhaps even more fascinating are its contradictions. We like to think that we are very rational and logical people, but in reality, deep down, we are very emotional beings, full of contradictions and highly sensitive to seemingly irrelevant environmental stimuli. In fact, our beliefs, perceptions and desires often play tricks on us and set traps on our brains.
1. We read faster when the lines are long but prefer the short lines

Have you ever chosen the length of a line to read on the screen? Do you prefer a line that is 100 characters long or a shorter line of about 50? Most people prefer to read short lines. However, it reads faster when the lines are long.

Studies carried out by the Universities of Reading and Wichita have shown that lines of around 100 characters are ideal for quick reading. However, we prefer much shorter lines (between 45 and 72 characters). Additionally, this experiment also found that we read faster when text contains a single column than when it is spread across multiple columns. But we prefer texts spread over two or three columns.

Although perhaps the most interesting fact is that the people who participated in the study were convinced that the short lines and the different columns made reading easier. When in fact the data showed that this was not the case. Surely it is a trick of our perception, which makes us believe that what is more interesting is also more convenient.

2. We wish to have more options than the brain can process

Everyone likes to have different options. When we go shopping we like to have different brands to choose from. In fact, if we don't have several options, we can also feel frustrated. However, several studies have shown that we tend to want more options than we can come up with.

This means that even though we are drawn to the many options, our brain can only handle 3 or 4 at a time. Therefore, when we have too many alternatives available, we literally get stuck. Why then do we want to have many options? These psychologists are convinced that it's all about dopamine, and apparently our brains are addicted to information as if it were a drug, even if it later has a limited capacity to process it.

3. The more insecure we feel, the more we will tenaciously defend our ideas

It has happened to everyone, but perhaps we are not aware of it. However, according to the theory of cognitive dissonance, we feel very uncomfortable when we have two ideas that contradict each other. Consequently, and to eliminate the feeling that bothers us so much, we cling to an idea and defend it. This phenomenon is known as: "denial of cognitive dissonance".

A study conducted at Northwestern University asked a group of people to discuss their views on different diets and indicate how safe they felt. Before starting, some were asked to evoke a time in their life when they felt very insecure and others were asked the opposite, remember when they felt safe. In this way, the psychologists generated the feeling of security / insecurity. Interestingly, the people who felt insecure were the ones who defended their views the most and argued the most.


Undoubtedly, the feeling of lack of control creates insecurity and pushes us to cling to anything, even opinions that in another context we would not defend so vehemently. On the other hand, it has also been found that the more we defend an idea, the more brain regions associated with emotion and reward are activated. Therefore, grasping this idea makes us feel good, even if it does not fully convince us.

3 mistakes that "positive thinking" can make you fall into ❯