2-year-old girl in hospital: vegan diet for the little ones, yes or no?

Vegan diet again in the dock. A two-year-old girl was hospitalized in the last hours at the Gaslini in Genoa and according to some press organs, the cause of the child's health problems is that there is a too strict vegan diet.

Angela (invented name) was hospitalized after a clinical picture not at all consoling: low hemoglobin, vitamin deficiencies, evidently underweight compared to his age and with little reactivity. After resuscitation, she was transferred to the pediatric ward and her health condition is improving.

We were unable to contact the parents to ask if the child's malaise is actually linked to her alleged vegan diet or if it is other types of ailments related to her health.

READ also: VEGAN DIET FOR CHILDREN, IS IT REALLY HARM? THE OPINION OF THE EXPERTS

Whenever the media bring to the fore cases like this (in which we reiterate it we are not sure that the child is vegan), we wonder about the possibility of following this type of diet even in childhood.

If public opinion is always divided, the world of pediatricians is no less. In fact, there are many who denounce that the vegan diet can affect the psycho-physical development of the little ones, causing deficiencies of vitamins, in particular of vitamin B12 and more or less serious delays from the motor aspect. 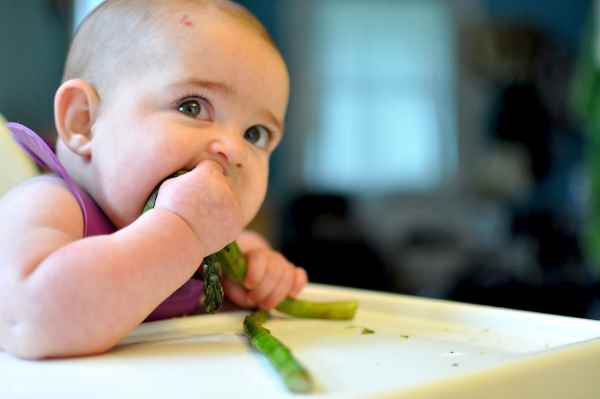 On the issue of pregnancy and vegan breastfeeding, the doctor Roberta Bartocci, nutritionist biologist and vegan by choice, a firm supporter of a plant-based, vegan or vegetarian diet, she explained to us that it cannot be an obstacle for growth and development, first of the fetus and then of the child: “as long as attention is paid to the choice of foods and their correct balance, in order to insert all the nutrients the body needs”.

READ also: THE CHILD OF VEGAN PARENTS IS BETTER: BUT WHAT REALLY HAPPENED?

In short, you must not improvise vegan or vegetarian; It is necessary to understand that the diet (but this applies to any type) is healthy only if properly planned, when it involves variety of foods and vitamin supplements. No to do-it-yourself, even more so if we are talking about children.

“In the case of children, improvising is not really a good idea, since vegetarian-vegan weaning is very different from omnivorous weaning. It is not just a matter of removing food, but of setting a different diet. We remind you that a vegan diet can also be composed only of carrots and Coca Cola, but obviously it is not balanced. To say that a vegan diet, even if well planned, is inadequate is a sign of ignorance ”, he explains Bartocci.

According to Dr. Bartocci: “even during weaning it is possible to prefer a vegan diet by introducing fibers, whole grains, whole legumes, but not before 12 months (contrary to conventional weaning). Then you can put a teaspoon of almond, wheat germ, olive oil, linseed oil in the porridge. I say this because I follow some of these children ”.

According to the nutritionist biologist, therefore, it would not be the fault of the veganesimo, but of one little information victim of food improvisation. We remind you that in no case is it correct to act in this way, because it is right to talk about these episodes like that of Angela but it is essential to remember the number of obese children who stuff themselves with hot dogs and fizzy drinks, without forgetting that even omnivores can have vitamin deficiencies.


We also asked the doctor's opinion Loreto Nemi, dietician and nutritionist who has chosen an omnivorous diet. While there is no doubt that an adult can undertake a controlled vegan diet, the situation is different for the little ones.

“In the case of a child, however, things change. The vegan diet cannot be the same as that of an adult. Personally, I have never read studies on vegan children, especially very young ones, because unfortunately they need proteins. At least in the first 2-3 years of life, proteins are needed and we get them from animals, ”he says Nemi. "With children, the discussion is very delicate. It is necessary to calculate the needs well. However, a developing baby, even in the gut, may have problems using plant proteins, because the gut is very sensitive. For example, gluten, an allergenic protein, is introduced later. Let's imagine the legume: sometimes it also annoys adults ”, he continues.

The two versions of our experts are diametrically opposed. The conclusion is that in the food sector, on the legitimate freedom to be vegan, vegetarian or omnivorous, there are no right or wrong choices, there are conscious choices dictated exclusively by correct information.

“If the parents have not paid attention to their child's diet, it is not because they are vegan, but simply because they were perhaps guilty superficial. But we prefer not to go into this specific case, because yet the details are not clear and it is therefore useless and wrong to draw hasty conclusions“, Clarified the Vivere Vegan Onlus Project regarding the case of the vegan child who was hospitalized at Meyer in your country last July.


The eventual irresponsibility of the parents of the little vegan, Lav added, is a limited fact in percentage terms in relation toincredible percentage of obese (9,8%) and overweight (20,9%) omnivorous children of which your country is a negative leader at a European level, with the related pathologies and high costs for the National Health Service.

"Unfortunately, despite the scientific evidence, the vast majority of pediatricians still advise against a diet without animal ingredients, forcing many parents to give up, or to a risky "do it yourself". Beyond the specific case, in terms of veg choice, there is a lot misinformation and widespread preconceptions“, Continues the Anti-Divisection League.

Yet the American Dietetic Association (ADA), one of the most authoritative sources on nutrition, claims that:

· "The lacto-ovo-vegetarian and vegan diets (without any ingredient of animal origin) meet the nutrient and energy needs of pregnant women;

Another study indicates that:

· Vegan nutrition in children can reduce the risk of contracting some chronic diseases of adulthood (eg diabetes, obesity, cardiovascular diseases), which have their origin in childhood;

Vegan children have higher fruit and vegetable incomes, as documented by theirs higher vitamin C intake

Vegan nutrition connects children with a wide variety of whole plant foods, which can help them establishing healthy dietary habits throughout life.

Vegan children, yes or no?

To parents who wish, therefore, to get a true idea of ​​what it should be like a balanced all-vegetable diet of the child, except for breast milk, we point out the useful study site Genitoriveg.com and some useful reading:

- a very precious guide that illustrates the benefits of a veg diet since childhood is represented by “VegPyramid Junior” (L. Pinelli, I. Fasan and L. Baroni, Sizioni Editions). The nutritional tables, the daily menus and the guidelines lead the parent, the pediatrician and the school dietician in a path suitable for addressing the dietary needs of this phase of life, different not only from those of the adult, but also according to the various age groups. The authors are expert and passionate, the content of great completeness and practicality: the complete and balanced menus range, tailor-made, from 1 to 18 years of age. Nutritional information on foods and basic nutrient groups, information on the main diseases caused by an unbalanced diet, analysis of the energy needs and requirements of the different age groups, indications for school canteen menus and divided according to calorie intake.

- But he's not the only one. Vegan pregnancy, breastfeeding and weaning and over 350 recipes - ranging from the first baby food for weaning, from the most elaborate and tasty dishes, to desserts and pizzas - are the heart of "Ethical cuisine for mothers and children" (E. Barbero and A. Segone, Sonda Editions). All created thinking precisely of the fact that children are not small adults, they have different and unique needs, and taking into account the desire of parents to accompany their children to the discovery of food, in a healthy, ethical, physiological, pleasant and connected to life way. .

- Breastfeeding and weaning are crucial moments in the growth of children it is therefore essential to approach these delicate phases with the right knowledge, avoiding falling into deep-rooted stereotypes such as the importance of meat and milk in the first years of life: these are the considerations described in the seventh edition, updated and expanded, of a now classic book such as “Figli Vegetariani” by Luciano Proietti (Edizioni Sonda), surgeon who for over 20 years has worked in the pediatric ward.

You can eat poorly and have nutritional imbalances even by eating meat. Just as you can nourish yourself well by eating vegan. Or viceversa. The key is all in a correct and conscious diet.

Leaving aside the fact that our newspaper deals with green issues and certainly votes for a sustainable diet with the reduction of animal proteins, we firmly believe that pointing the finger regardless is not providing good information in either. case. And that is why we have listened to the opinion of both an expert who follows a vegan and an omnivorous diet.

The debate that has been unleashed especially on the net, however, has not seen the same moderation: the parents have been accused of being irresponsible in feeding such a small girl without animal proteins.

Another question arises spontaneously. Is all this alarmism somehow connected to the fact that the Institute of Advertising Self-Discipline has rejected the #oradellatte campaign launched by the Ministry of Agricultural Policies to promote the consumption of milk?

"Milk is not an essential food for our body and for our health, because the protein and nutrient supply it provides can be replaced without problems by other foods not of animal origin".

But how exactly did things go?

It turns out now that the little girl wouldn't be vegan but who has health problems on which the father lawfully wants to keep confidential. In an interview with Secolo XIX the father declared: “My daughter is not well, but this has nothing to do with the vegan diet. I am tall and big and I also eat eggs and fish ”.

Senator M5S Lello Ciampolillo during his speech in the Senate he explained:

“I spoke personally with the health director of Gaslini in Genoa and discovered that the child's diet from the first months of life that after weaning also included parmesan, which is incompatible with a vegan diet. This is the umpteenth exploitation perpetrated on the press ”.

He also intervened on the matter the LAV:

"The case of the Ventimiglia girl reported by the media, cannot be used to denigrate, by making all the grass a bundle, a food choice that, if properly practiced and well balanced, has only benefits, as confirmed by now by the major scientific institutes international ".

In any case, as we have repeatedly reiterated in this long article, it is necessary get informed and rely on experts before following any type of diet, be it vegetable or omnivorous, but above all it is necessary do not judge and condemn regardless those who choose a type of diet different from ours. The important thing is to do it following logical criteria.

Audio Video 2-year-old girl in hospital: vegan diet for the little ones, yes or no?
Vegan version of ginger biscuits ❯

add a comment of 2-year-old girl in hospital: vegan diet for the little ones, yes or no?