15 terribly honest illustrations that only the smartest people will understand

There are realities that hurt, so we prefer to look the other way. Pretending they don't exist, in the secret hope that they will vanish as we fill our minds with other, less important but also less uncomfortable things.

But when “don't think” becomes the watchword, we have a problem, both personally and socially. Socrates had already said this many centuries ago: “there is only one good: knowledge. There is only one evil: ignorance. "

Pawel Kuczynski, a Polish-born illustrator who has won 92 national and international awards for his work, is one of those people who don't look the other way. His illustrations do not leave indifferent those who have a minimum of sensitivity and a keen enough eye to capture what is happening in society.

His drawings are extremely revealing, they bring up the same inner demons we don't want to hear about, the liquid relationships that bring nothing, the addiction to technology and the subtle but terrible forms of social manipulation to which we are subject, sometimes without realizing it. account, sometimes subtly consenting.

Perhaps what is most striking about his work is that his images are as real as life itself, they are the other side that we don't normally see or don't want to see. In fact, the artist himself said: “I consider myself an observer of everything that happens around me”. 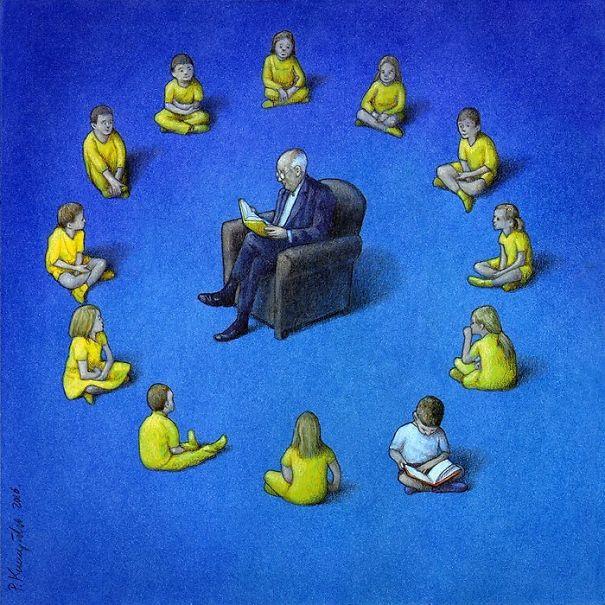 1. Think for yourself. Seek, investigate, read… If you don't, someone will do it for you, teaching you what to think, say and even feel. Remember that educating is not about filling the mind, but freeing it from its bonds and many times the most lasting and profound lessons are the ones we learn for ourselves. 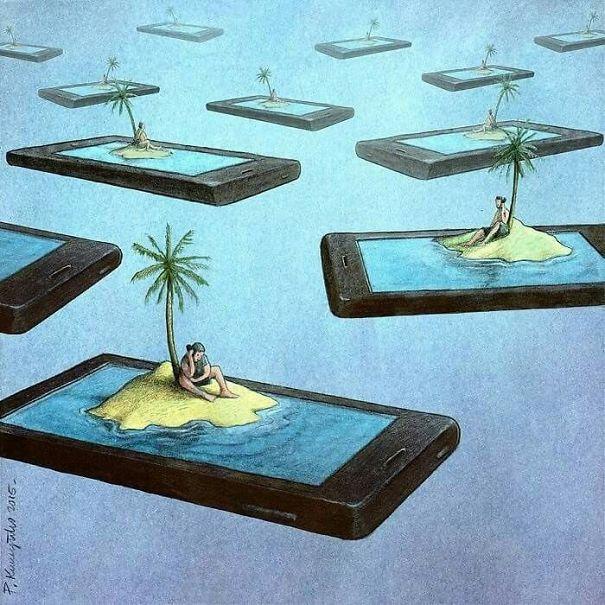 2. More and more connected, but also more alone. Social networks "satisfy" our imperative need to escape from loneliness but, contradictorily, they transform us into an island closed in on ourselves. While they encourage us to connect, they take away our social skills. While chasing away the ghost of marginalization, they isolate us from those around us. 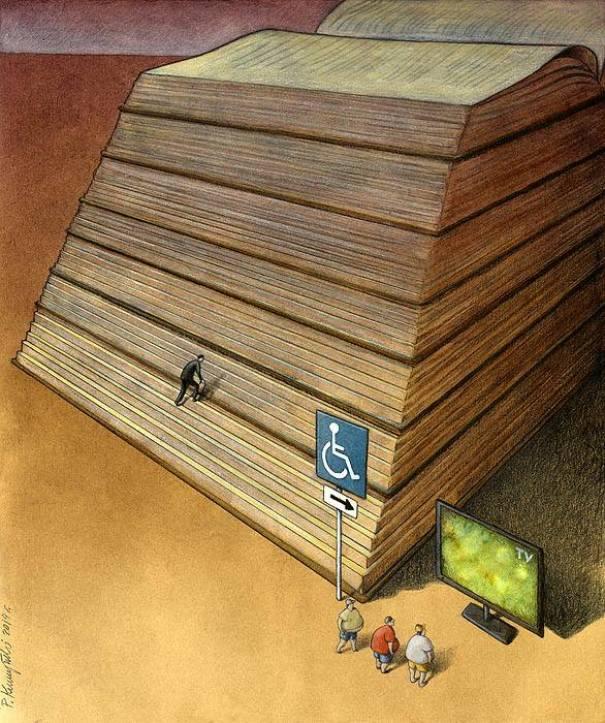 3. "Television can give us many things, except time to think", said Bernice Buresh and Fellini went further, stating that "television is the mirror in which the defeat of our entire cultural system is reflected". 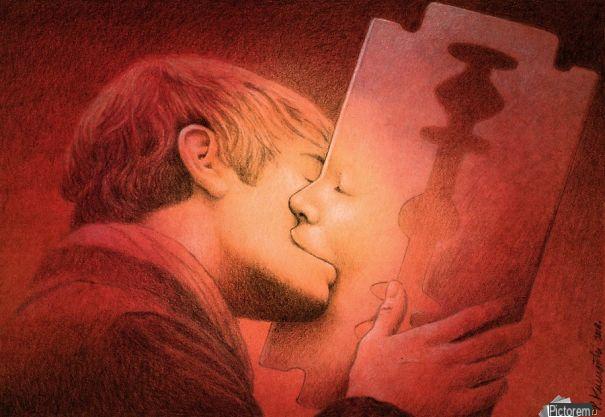 4. There are toxic relationships that hurt us a lot, but even so, we continue to maintain them. Perhaps out of habit, perhaps out of fear of not finding anyone else or out of simple addiction ... 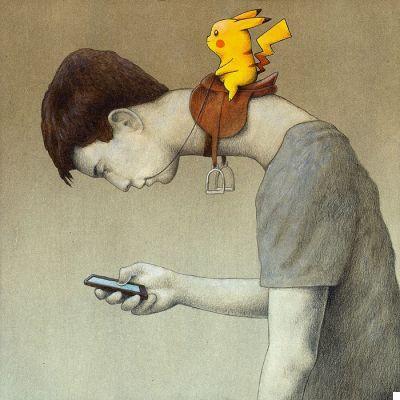 5. "Anyone who flaunts the cell phone as a symbol of power is declaring his desperate condition as a subordinate to the whole world," said Zygmunt Bauman. Are we sure that we use the cell phone or is the technology that we use to us? Sometimes the line is so thin that it vanishes. 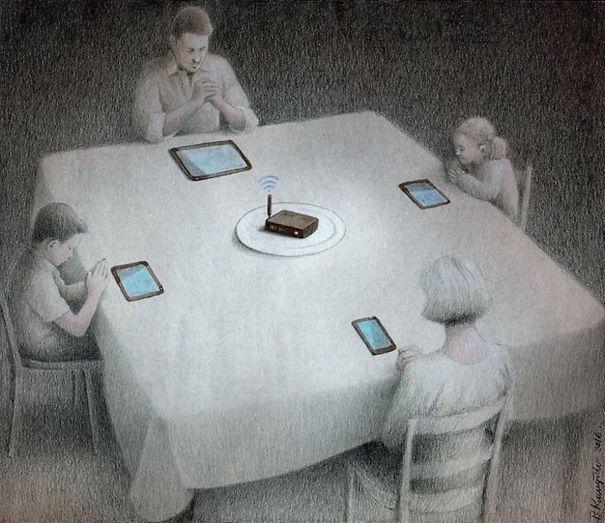 6. There is a new God and a new truth, the one that is shared on the Internet and is imposed by technology, around which our life revolves. This new alternate reality ends up supplanting relationships in the real world, serving as a food, often of little nutritional value, with which to satisfy our hunger for knowledge and intimacy.

7. Being the black sheep is not bad, it just involves thinking or acting differently. In fact, Marc Twain warned us by saying: “whenever you are on the side of the majority, it is time to stop and reflect”. And Albert Einstein said, "the person who follows the crowd will normally not go beyond the crowd, the person who walks alone will probably reach places where no one has ever been before". You decide! 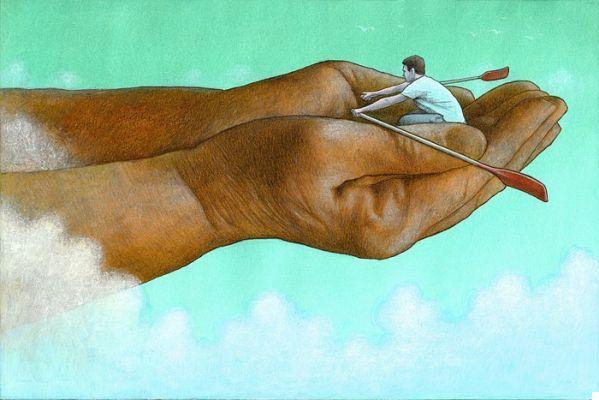 8. The false sensation of freedom, fueled by society, about which the writer Etienne de La Boétie had already warned us in the sixteenth century, explaining that the supreme principle of the new times was that people had "freedom" to do what they had to do. Little has changed in the last few centuries. 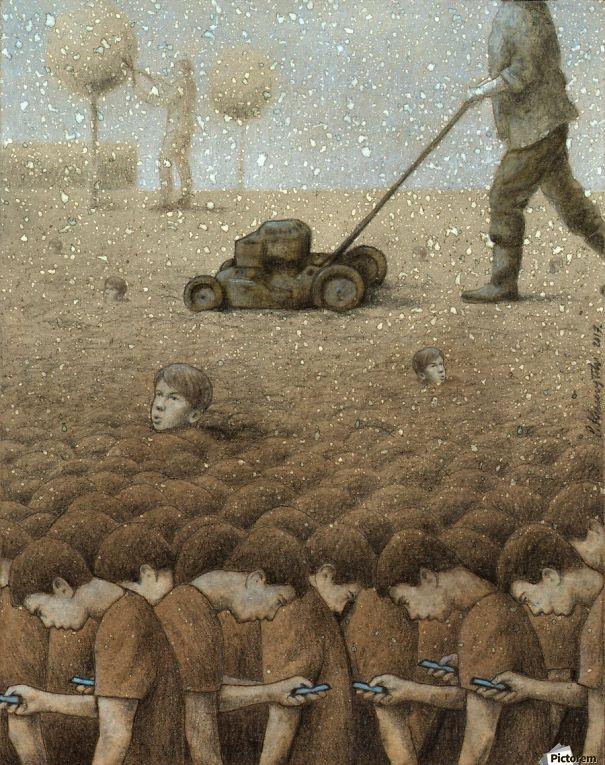 9. "The Internet is designed to give us more and more of the same, whatever is the same, regardless of what is most important, and also to close us off to what is different, to everything that is different," Bauman said. In an age where everyone is looking down, those looking beyond trying to see the horizon can be a problem that needs to be eliminated. 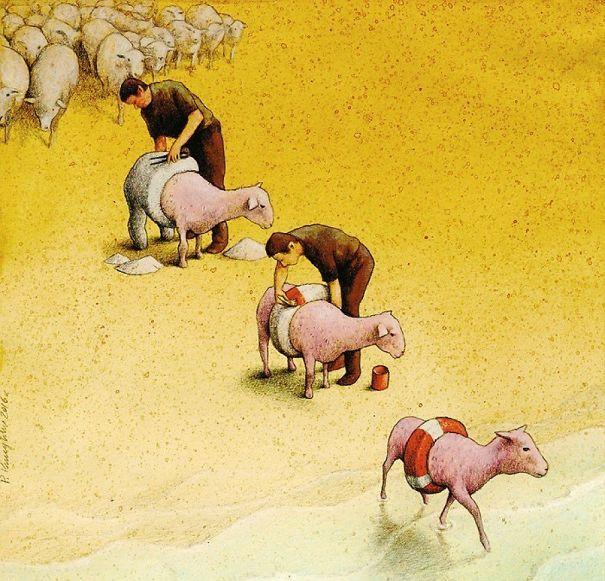 10. The feeling of false security, fueled by society, of which Bauman had already alerted us when he said: “uncertainty, the main cause of insecurity, is the most decisive instrument of power”. They sell us security as a remedy, while they strip us of our true worth, leaving us to take risks without being prepared. 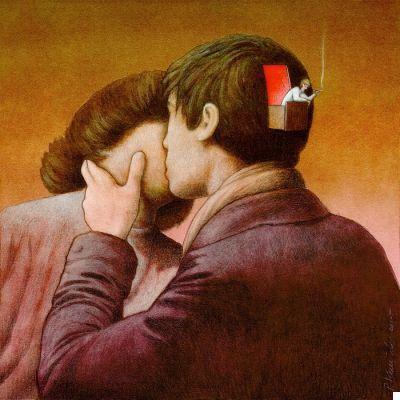 11. Liquid relationships, a love to which we connect and from which we disconnect with extreme speed and with the same ease with which shirts change. It is about that liquid love that we seek so as not to feel the pang of loneliness and insecurity, but for which we are not willing to make more than the least effort and the least possible sacrifice. 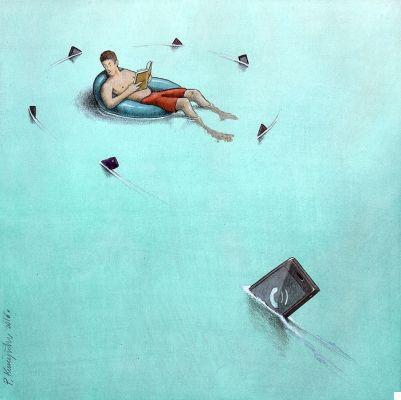 12. The siege of technology, calls, incoming messages, notifications and e-mails become dangers that threaten us, endangering our attention, preventing us from relaxing. 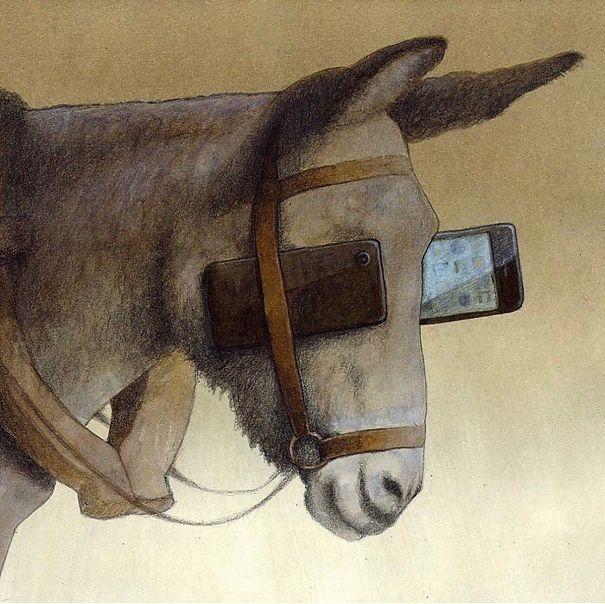 13. Carlos Castaneda said: “As long as you feel the most important thing in the world you cannot truly appreciate the world around you. You are like a horse with blinders, you only see yourself, unaware of everything else ”. The Internet, and especially social networks, generate this terrifying effect, preventing us from enjoying the things and people around us. 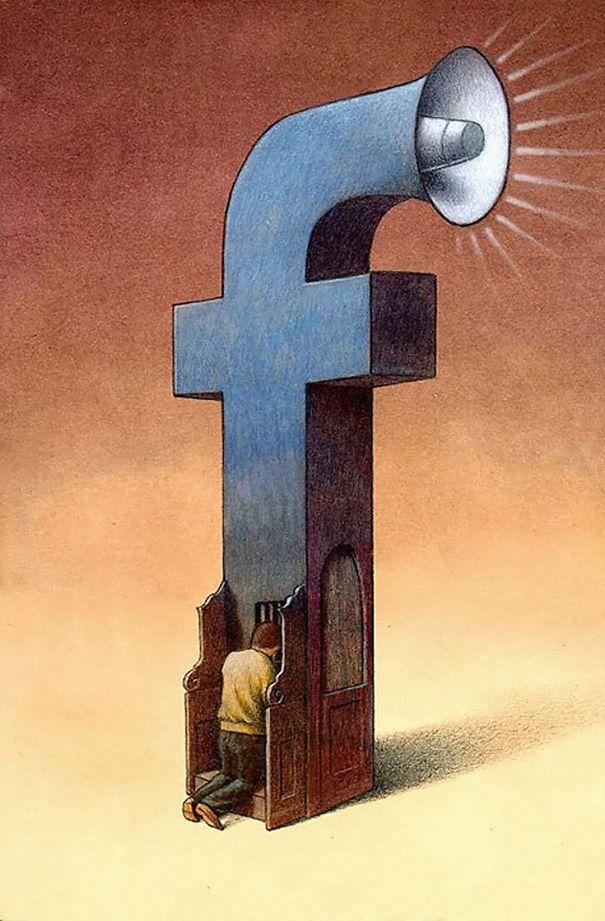 14. The confessional of social networks, where the break between private and public is clear. According to Bauman: “public space is where the confession of private secrets and intimacies takes place”. The dividing line between the two worlds has been blurred, emptying the public of meaning and robbing it of the power to unite people with the private. 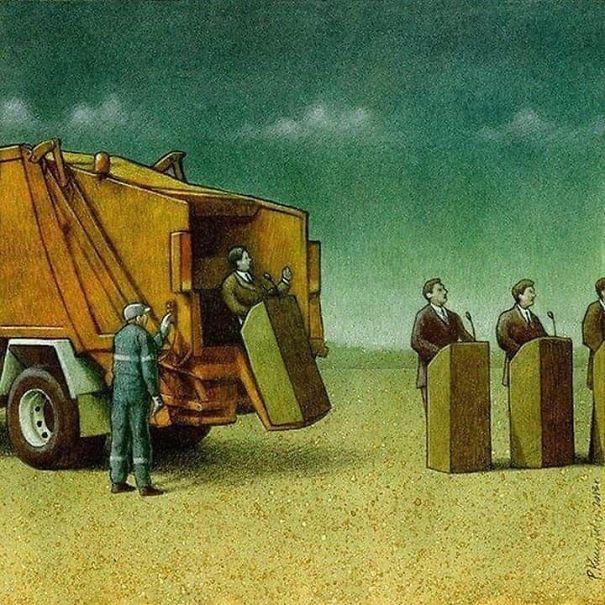 15. "The vocation of the career politician is to make every solution a problem," said Woody Allen, and we can expect nothing more from a company that puts its government in the hands of people it has prepared itself on the assembly line. making sure they have no ideas and voices of their own.

15 ego defense mechanisms that you use without knowing it ❯