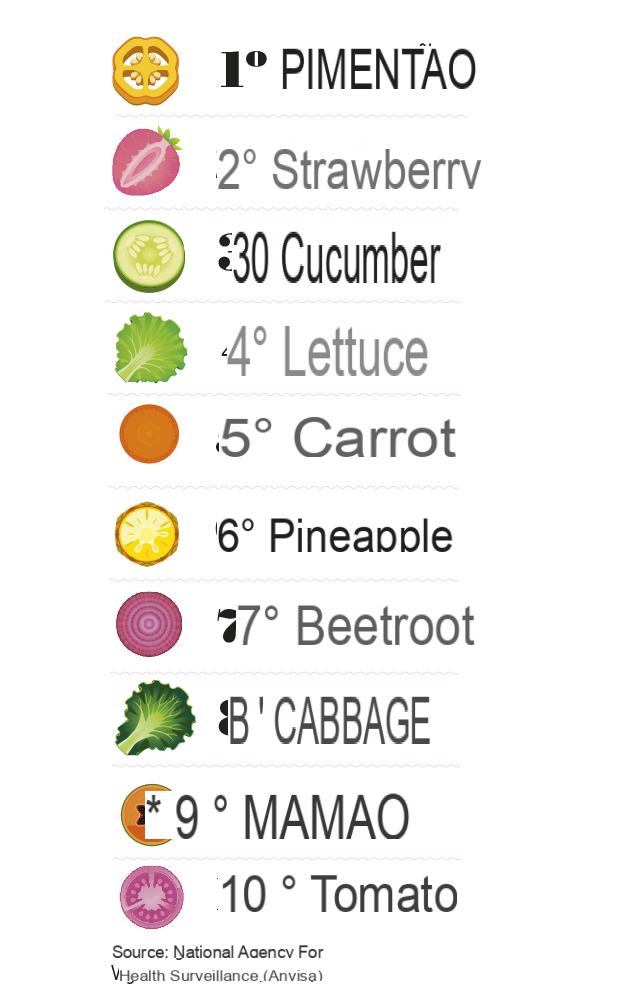 Between contamination and pesticides, you really need to be careful with every bite of food you ingest.

However, when the wallet cries - because we know that often, in the country, finding truly organic and controlled food is neither simple nor cheap -, here we must necessarily do a minimum of triage on what organic is put in the bag. of shopping.

We do not invent it from scratch: to say it is a survey conducted by the Environmental Working Group.

Here is i 10 foods which should always be buy bio, in a conscious, attentive and as controlled as possible way.

It is a very watery vegetable which absorbs a lot of substances from the ground, especially the chemical ones. For your pinzimoni, soups and sautées, buy celery organic.

Of the potatoes the peel is also often consumed, and it is always better to choose the organic version, since they live in close contact with the earth and everything it contains, mushrooms in the first place. Many warning signs in the past have been linked precisely to the use of fungicides which various growers have resorted to.

Here often thereintensive agriculture leaves a heavy mark: to defeat parasites and insects and ensure that the leaf is well intact and fleshy, pesticides and chemicals are used in some cases. This is why it is always advisable to buy spinach, salads and others green leafy vegetables in season and at dealers that provide a certain treatment, such as organic market or local farms.

Fundamental in traditional Mediterranean cuisine, these vegetables have a bthin skin that allows various substances to penetrate.

There are companies and producers who accept the use of pesticides in order to sell large quantities: be careful, wash peppers, chillies and tomatoes organic is not enough.

Being a type of fruit that can easily be attacked by parasites, molds and small animals, for its cultivation it is often done use of chemicals.

For this it is better opt for the smaller version of strawberries, but undoubtedly healthier and tastier.

Peaches and nectarines they can be at high risk of contamination by pesticides and chemical agents, above all because by their characteristic they retain many in the growth phase. Much better to opt for the organic and natural version.

In fact it is very difficult to find grape biological, as both the country and the European legislation would seem very vague.


Choose the one at km 0 and the farmer you know is the safest option. Try to do the same with wine.

They are at the top of the ranking of the most contaminated foods, the apples they can really have dozens of chemical residues on the peel.

I invite you to buy biological it is also given by the fact that they are more nutritious and which have a tastier and more compact pulp. Also pay attention to mousses, apple juices, apple vinegar and derivatives.

Blueberries e berries are types of fruits that tend to retain harmful substances; think of the scandal that occurred in Japan following the analysis of jams from a well-known brand of El Peasena. Better organic, local and mountain, perhaps collected by itself.

Especially if for children, these protein foods are definitely better to choose them from organic and certified origin, as much as possible at zero kilometer: eggs that come from free-range hens, XNUMX cups milk e meat from cows and livestock that feed on fresh grass and not on feed with GMOs or worse hormones. This is even more so if the three become one of the staple foods of the children's daily diet.

What are the benefits of organic products?

> Organic foods, what they are and how to recognize them